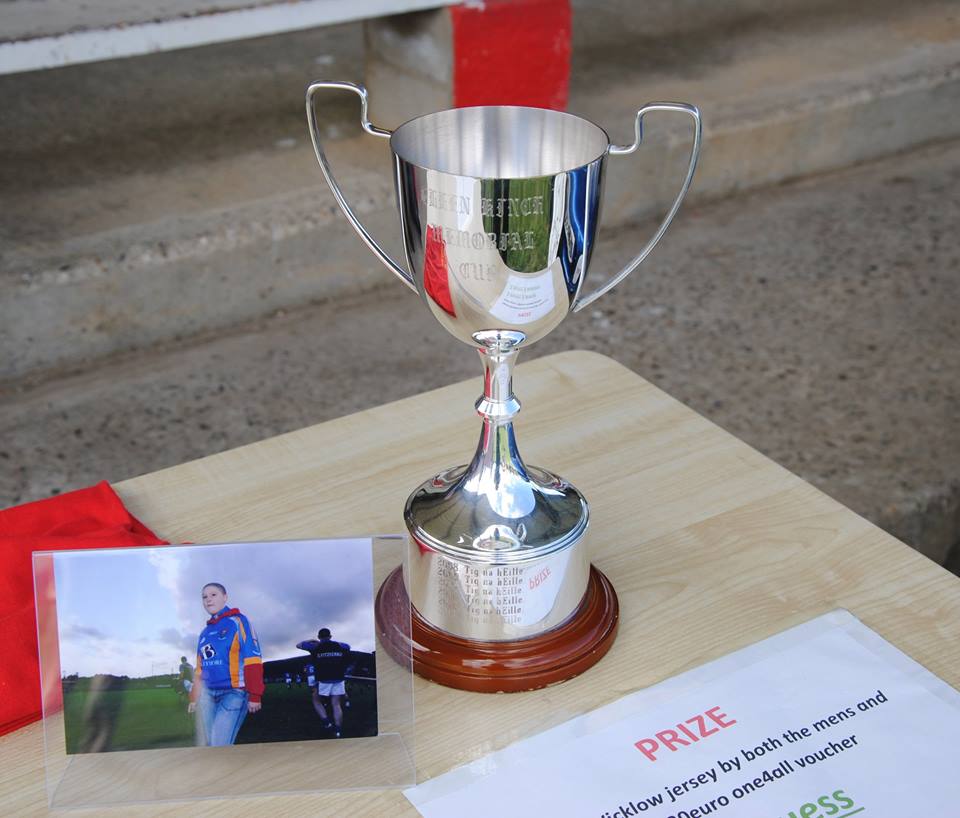 The Ellen Kinch Memorial Cup is in memory of Ellen who passed away in 2007 at just 16 years of age after a two and a half year battle with cancer. The event has been arranged by the Kinch family, Clifford, Marcella, Michelle and Jackie since 2008. with any proceeds made going to Barretstown charity where Ellen spent some of her time.

Ellen was a talented footballer and showed great courage and strength by playing with the local club during her illness. Not only was Ellen a team player, she was a loyal supporter and was so excited when chosen as the mascot for the Wicklow men’s footballers in Croke Park as they embarked on their Tommy Murphy Cup campaign in 2007.

Ellen’s sister Jackie Ladies Football star who has been a key player for her club Tinahely, college IT Carlow, her county and country. Jackie played a crucial part at midfield when Wicklow captured the Junior All Ireland title in 2011 and their recent league success. She has been chosen for the team of the league twice. She has also represented Leinster and been a part of the Ireland 7’s Development Squad and is one of Ladies football box office stars.

Well done to all involved in the Ellen Kinch Memorial Cup who raised almost €2,500 for Barretstown.
Keep up the great work!!!!

Presented the money from the Ellen Kinch memorial cup this morning to @barretstown_camp!🎈 we raised a superb €2,485.99!! Thank you to everyone who donated and helped in anyway to make this possible!!😎 #greatcause #keepinghernamealive 🌸 pic.twitter.com/Tm2ou8B0rd