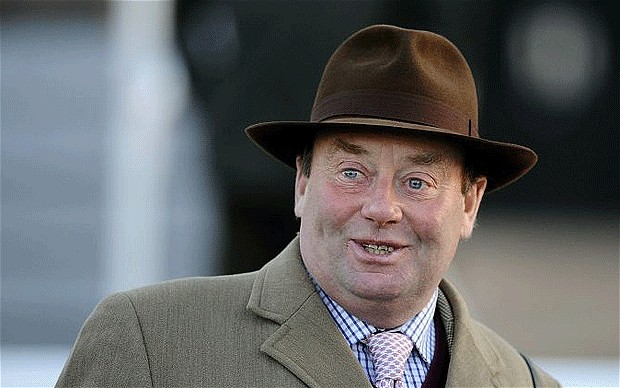 Trainer Nicky Henderson has issued a warning ahead of next month’s Unibet Champion Hurdle and believes Epatante could upset Honeysuckle.
Epatante won the Champion Hurdle in 2020 but lost out to the unbeaten Honeysuckle last year. Henderson said: “Epatante has been in very good form; totally different shape from last year, when it all went a bit pear-shaped. There are others, a new horse [Teahupoo] came into it over the weekend, and there’s Appreciate It. I was hoping he’d have taken on Honeysuckle the other day as if anything was going to give her a test it was him.
“She looked very good and will be hard to beat, but I do think we’re at least back to where Epatante was when she won her Champion Hurdle. That might not have been the strongest field in the world, I’d be the first to admit, but I think we’re back in the right place.”
“She might be under the radar, but she’s not under our radar. We’re getting very good vibes. Her form this season is good, but it’s the way she’s been doing it that I’ve liked; she’s sharp.”
Henderson, a six time champion trainer, admitted that Epatante is back to her best. The horse won the Christmas Hurdle. He said: “”I thought she was great in the Christmas Hurdle and she really did look like her old self. She was hurdling like she used to and tanked Nico [de Boinville] into the race. She was good, but we’ve got one big problem in front of us.”
He added: “Honeysuckle has looked spectacular the whole way through. You can’t fault her in any way and it doesn’t look like there’s a chink in her armour, but we’ve all had horses who have looked like that and all good things do come to an end, like we had with Altior, who got to 19. You can never say something is unbeatable. It’s very rare a horse is unbeatable.”