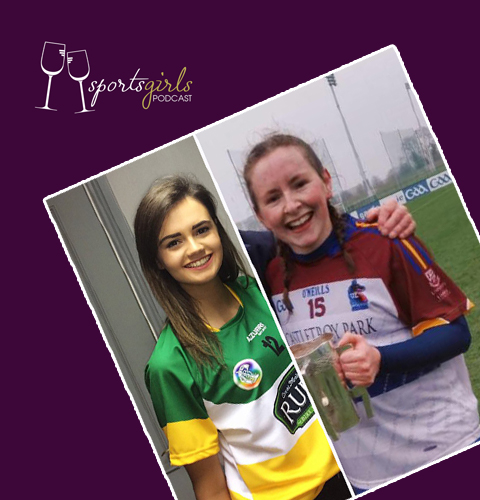 Will it be Kilkenny or will it be Cork? Who better to give their views and predictions than current inter-county players who have played against both teams this year!

I think Ann Dalton has been the key player for Kilkenny so far this year. She has a great ability to read the game and that, coupled with her fine skillset makes her a nightmare for any opposition. Also her ball into their forward line has been vital in terms of setting up attacks and scores for Kilkenny so far in the championship.

I think Orla Cotter is definitely a key player for Cork. She is one of the top free takers in the game at the minute while she is also well able to score from open play even from well out the field. She’s brilliant in the air too. She’s a real leader for this Cork team and showed this leadership in the semi-final holding her nerve to slot home a vital second half goal. She is definitely a player Kilkenny will have to keep a close eye on in the final.

Gemma O’Connor went off injured in the second half of their semi-final win over Galway with a leg injury. Her recovery from injury could be a key factor.  If she is not fit to play the final it would be a serious blow to Cork leaving a massive hole to be filled in their defence. Gemma is always a powerful force at centre back while she is also capable of getting up the field to get a score or two. So whether or not she will be fit to play will be a key factor on the day.

It’s a very tough one to call and I expect it will go down to the wire. Personally I think Kilkenny have the stronger panel overall and having tasted success last year they will be hungry for more but in saying that it’s never easy putting titles back to back. They have some serious talent in the likes of Ann Dalton, Katie Power, Denise Gaule, Miriam Walsh and the Farrells. That said, Cork don’t lack quality players either – Gemma O’Connor has been a rock at centre back with the likes of Orla Cotter, Amy O’Connor, Katrina Mackey and Hannah Looney posing a serious threat up front – and after losing out to Kilkenny in the final last year, they will be out to make amends. They also had a good tough win over a strong Galway side in the semi-final. Like I said, it’s a very tough one to call and it could go either way but having played against both sides this year, between the league and the championship and seeing them in action, I feel that Kilkenny have that bit more fire power to come out on top in this one.

Ann Dalton – I think she has been super this year for Kilkenny. Like I said she’s the key player for Kilkenny. She’s been a real leader at centre back. Her ability to read the game is just excellent and she has been key in terms of being a rock in their defence as well as setting up attacks. She has been one of the most consistent performers in the championship this year.

Without a doubt it has to be Denise Gaule, 2016 player of the year. Gaule is one of the few camogie players that can score from 60 yards plus out making her a scoring threat from almost anywhere in the field. As a result she can pop up with 0-6 from play and placed balls. Cork will have to be careful not to foul to keep her quite.

Aishling Thompson has opted a new role for Cork this year. She tracks back and offers plenty of support to the half back line. Given her athletic ability she covers plenty of ground and the saying “pulls the strings from the middle of the field” is a good way to sum up her performance. Kilkenny will have to mark her tight if they don’t want her to have an influence in the game.

Whether Gemma O Connor can return from injury for Cork. She is the back bone for Cork and commands the game at 6. We seen how the Cork defence crumbled when she was forced off in the semi-final.

Kilkenny, I think they have more depth in their team. Cork have struggled this year to cut straight through oppositions defence and score goals while the Cats can call on an number of goal getters like Gaule, Michelle Quilty, Miriam Walsh etc but in saying that we seen Galway win an All-Ireland without scoring a goal. When we look at the stats, Cork have conceded only two goals in this championship, while Kilkenny already have one of the best defences, it’s going to be hard work for both teams forwards. Kilkenny haven’t hit the highs of last year’s performances and I think their saving it for the best day.

Tough question. With camogie it’s usually a player from a team who reached the final, it could be Denise Gaule again. However Orla Cotter is in good form also. If Cork win I’d nod my head in her direction.