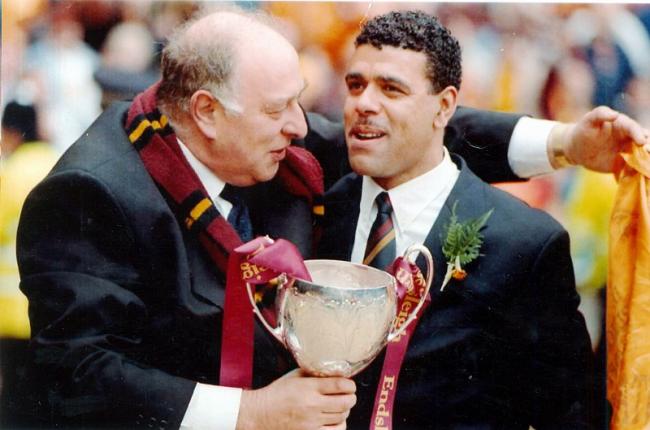 Former footballer Chris Kamara admitted that fate played its part in his first managerial position.
The Sky Sports pundit was this week’s guest on Sports Talk. He revealed how he was appointed captain at his various clubs: “I was 21 years old when I was captain of Swindon Town. I was the first black player to play for them. Then two years later I ended up captaining the side, which was unusual back then. I captained Portsmouth, Brentford, Stoke, Bradford City in my career so I was always a bit of a character, organiser.”
A defeat against Chelsea in the final game of the season in 1994 saw Kamara end up on the road to coaching: “Going into coaching was always going to be my path but once again fate took a hand. I was playing for Sheffield Utd in the 93-94 season and we had to win the final day of the season or we didn’t have to lose to Chelsea at Stamford Bridge. I had another year rollover in the Premier League if we stayed up. Things turned out bad. We were 16th in the table before kick-off and then we ended up getting relegated. That meant my contract finished.”
One of his former clubs Bradford was the first team that he managed: “I ended up going to one of my former managers, Lennie Lawerence; he was my manager at Swindon. He took me to Bradford and made me his coach, when he got the sack I fell into his shoes. Managed to get Bradford promoted that same season.”

You can listen to the interview here

Mickey Graham proves once again there is life in the underdog