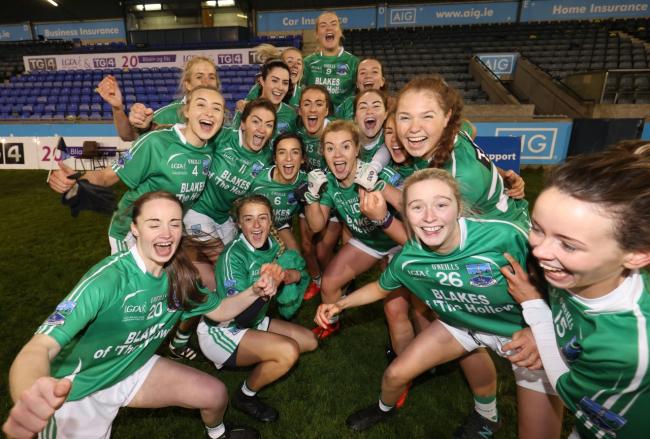 The curtain has finally come down on this year’s All-Ireland junior championship, where Fermanagh have taken the role of honors for 2020 after having gone through the agony and despair of been defeated in last year’s final to Louth.

On a mission, this year to put right from wrong from the previous year and get back to the junior decider and make the step up to the intermediate grade.

This year has presenter us with many challenges and obstacles and while our much-loved passion for Gaelic games is ending a bit later than expected, there is one thing for sure especially for the people of Fermanagh the light is well and truly light on what has been a very difficult year for everyone.

After defeating Wicklow in the decider, a very proud Johnny Garrity overcome with emotion spoke to Sports Talk Tom Browne.

“Ah relief to a large degree, but pride is the overall feeling in the team in the backroom team. Everybody right from our sponsors and anyone who helped out in any way definitely for the people at home in Fermanagh. Most importantly the players put their heart and soul into it and just overwhelmed with pride”.

Garrity also implemented that there was a hunger in the Fermanagh team in the last number of months after been beaten in last year’s final.

“There been a hunger inside them for well over twelve months now and it was all focused from number one to getting back at this stage, but number two taking advantage when we were here. I am just delighted on the day it worked out according to plan”.

Murphy said: “It’s just unbelievable. Pride is one of the things that’s on my mind right now. I am so proud of what the girls have done and those that came on its just unbelievable, and fair play to Wicklow they really put it up to us. We knew it wasn’t going to be easy we got a really good start on them, they kind of came back at us in the second half and we are so lucky that we held out in the last play”.

Smyth who was very accurate from her free-taking ability through the championship was quick to praise Wicklow on the challenge that they presented.

“Ya, I suppose Wicklow are a super team and we knew we kind of had to come to their level or go above their level. We are delighted we had a good performance especially in the first half, we got off to a good start and thankfully when Wicklow came back at us, we just responded to them. Thankfully we got over the line”.

Youngsters to watch out for in 2018 Ladies Football Championship