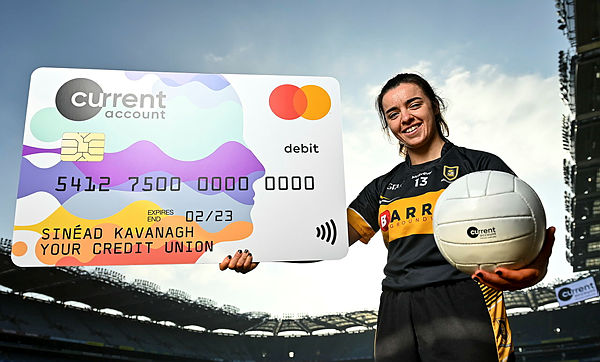 Mourneabbey vice-captain Laura Fitzgerald hopes success breeds success this Saturday when they take on Kilkerrin/Clonberne in the currentaccount.ie Ladies All-Ireland Senior Club final.
The Cork side have won seven Munster Senior titles in a row and on Saturday they’ll be hoping to claim their third All-Ireland title in a row.
They have a great hunger for success and Fitzgerald admitted they want to come back every year to better the previous one. She said: “Every year we want to better what we did the year previous. I mean it’s kinda a testament to the underage teams and the work that goes in; not just with the senior team. There’s younger girls coming in pushing for places. That kinda gives us as senior players kinda more hunger to hold our own and keep positions on the field. When new players come on to panel you kinda want to give them the experience we’ve had for the last couple of years. Winning counties, then going on to win Munster and competing in the All-Ireland stages. I don’t know, it’s just an unbelievable amount of hunger constantly there. I don’t know how we get it or where we get it. It’s just non stop to be honest.”
There was a time when Mourneabbey wondered if they’d ever win a county title, let alone a provincial one. There was years of hurt and disappointment. Fitzgerald said: ““We weren’t even making county finals for a couple of years. The first year we made the county final was the first year we won it and that was 2014. There was easily 4 or 5 years of hard work put in before that. We won a Senior B Munster, I think, one of those years but we were kind of like the furthest we were getting was a county semi-final. We’ve come a long way since them, which was kinda testament to the hard work put in by the previous trainers that we’ve had and previous panel members. The last couple of years have definitely made all that worth it.”
Before Fitzgerald togged out for Mourneabbey’s U14 girls she played underage with the boys. She was captain when they won the North Cork title with the boys and went on to claim the U14 county title with the girls in the same year. She credits her time spent with the boys for her development as a player: “I was actually the only girl on that team from the years the whole way up from U8s up. I suppose I could nearly put down a lot of my skill and maybe strength on the pitch down to playing with the lads back long but it’s much the same in terms of training and what you do. When I joined at U14 level I was well able to play.”
In this year’s competition Fitzgerald has been on fire with 10 goals coming in the last three games. She is modest about her goal scoring prowess and praises the players around her: “I’m just very fortunate with the position I play in and the players I have around me. To be honest I’m kinda just one of 15 on the field at any given time. To be at the end of any move that the girls create from the backline all the way up. I’m in a very lucky position, to be honest. If the opportunities keep coming I’m going to hopefully keep delivering. I’ve a job to do in the inside forward line; pre-dominately to keep the scoreboard ticking.”
Fitzgerald has two All-Ireland medals which she cherishes. She admits that the recent success can be put down to one man – manager Shane Ronayne. Himself and Mourneabbey ended up being the perfect fit. She said: “He was probably the final ingredient that we needed, I suppose, to start winning count and push on even further. I remember when he started he just brought an element of professionalism. Some of the girls knew him from college; the football set-up. But I remember when he came in he changed our mindset; even the trainings we put in. He had everything structed from minute to minute; what we were doing in a training session. He has been the same for years now and we are well used to him.”
Looking ahead to Saturday’s game Fitzgerald is under no illusions the challenge that Kilerrin/Clonberne will pose. Mourneabbey defeated the Galway side by one point in the 2019 final and know they’ll face a tough battle. The forward side: “It’s going to be two good teams going full whack at each other. I’d say there is going to be literally no stone left unturned, at the end of the game. We’re just going to have to leave it all out there. They’re going to be a seriously tough side. And they’ll be absolutely gunning for us, no doubt. We have to be at our best but I think we prepared in a way that we will be. We’ll be ready for a seriously tough battle.”
Saturday’s game will take place in Birr. There has been a lot of talk about having the ladies finals in Croke Park, just like the men’s game. Fitzgerald said: “I suppose Croke Park would’ve been a treat. Where these matches are held they’re kinda things that we can’t control. We’d happily play an All-Ireland final anywhere. We’re just happy to be in the final itself and have a piece of silverware for grabs at the end of the day. Croke Park would’ve been a lovely treat. We were lucky enough to get Pairc Uí Chaoimh for the county final. It adds to the experience.”