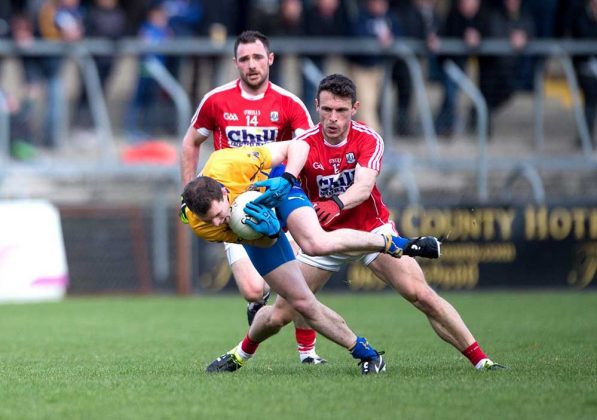 The Five Major talking points from the weekend’s GAA action

The Cats got their first league points of the year with victory over Cork on Sunday showing to everyone that they haven’t gone away. It was a comfortable win for Cody’s Kilkenny at Nowlan Park which was enough to get them off the bottom of the Division 1A table. Kilkenny lost their first two games to Waterford and Clare, but this win over Cork will now mean that the losses are in the past. Kilkenny will travel to Thurles on Saturday evening where they will be looking to bring Tipperary back down to earth after their excellent start to the league. They will also be looking at gaining some revenge for their 2016 All-Ireland Final loss. Richie Hogan once again proved why he is one of the best hurlers in the country, while Walter Walsh also impressed, however it was probably the young guns that impressed Cody most with Paddy Deegan, Conor Martin, Richie Leahy and Conor O’Shea all having good games.

Clare got their first win over Cork in the league on Sunday for the first time 23 years, in fact the Banner were without Gary Brennan and still managed to put in an excellent performance on home soil. Cork have been on the downfall since 2010 to be fair, but full credit has to go Colm Collins and the job he has done at Clare. Shane Brennan was excellent, while Cathal O’Connor also impressed in midfield. Cork were quite poor throughout the game and Colm O’Neill’s penalty miss summed up the day for them. They only managed to score 0-09 which at this level would not win any game. Credit must go to the Banner though on a historic win.

The gap between several teams is clear to be in the Allianz Hurling League Division 1b. The gaps between the sides doesn’t seem to be getting any smaller and this was again evident at the weekend. In total, 9 games have been played in the division, four of these games have been won by 15 points or more, while 3 of the games have been decided by 22 points or more. On the opening weekend for example Galway hammered Offaly by 26 points, in round two Limerick hammered Kerry by 22 points, while just last weekend Galway hammered Laois by 26 points. The winning margins don’t look like decreasing either, Galway take on Kerry next weekend and with due respect to the Kingdom the trend will continue. Perhaps it is something the GAA can look at because games like this are doing no good to teams and their supporters.

This Division is relatively wide open and every team are still in the hunt for promotion/relegation. Kildare are on top of the table with 6 points having had a good win over Fermanagh on Sunday, Galway are in second place despite their narrow loss to Meath on Sunday and have 5 points , Clare are just behind Galway on scoring difference and they also have 5 points. The Lilywhites and Tribesmen are still best placed for promotion, but Meath and Down are coming into form now to. It is also foolish to rule Cork out, as three wins in a row may see them push late for promotion, however this looks unlikely after the performance against Clare on Sunday. Derry and Fermanagh are at the bottom of the table and are currently facing relegation but there is still loads of football to be played so anything can happen.

It is not often in modern day Gaelic football that you see 6 goals been put past a team but it was the case on Sunday afternoon when Offaly were put to the sword by the Orchard County at the Athletic Grounds. The hosts scored a remarkable 6-22 in 70 minutes, while Offaly could only manage 0-10, that’s a 30 point beating. It’s not often we see this in modern day football now due to the huge emphasis on tactics and blanket defences but Kieran McGeeney will surely be pleased with his sides performance.