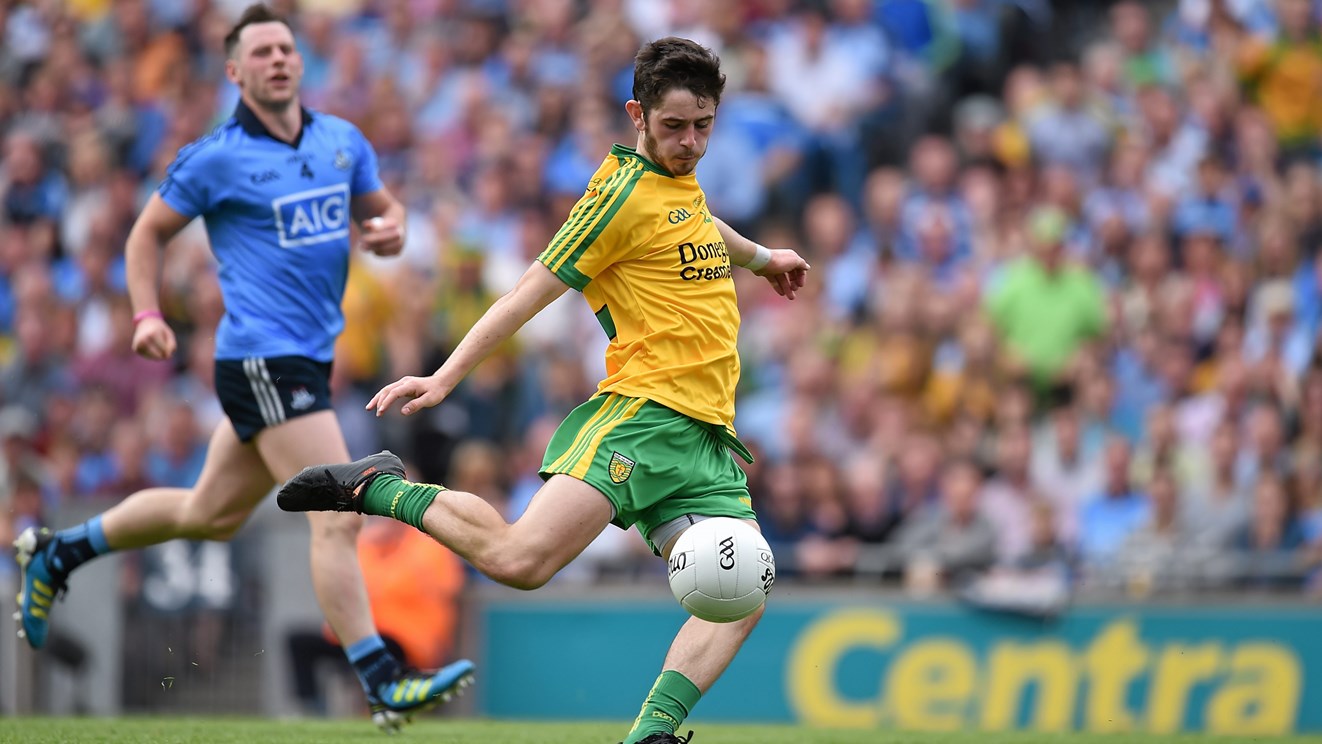 Tipperary’s victory over Galway last weekend has given a real uplift to the football championship.
Playing attractive open expansive football their skills were a delight to watch .

This weekend sees four of footballs real heavyweights take centre stage in what should two very absorbing encounters . Intriguingly all four teams will feel they have a chance of winning Sam Maguire .

Five years on from “defence gate”and the implementation of blanket defending , two teams whom have been at the zenith for those five years go head to head .

This Whets the appetite for football probably like no other fixture can .

Two very contrasting styles. One based on power , pace and passing the other based on a methodical defensive tactical approach aimed at reducing the efficiency of the opponents through sheer hard work determination . Nothing wrong with that either .

ironically the one victory Donegal secured over Dublin in this period was done playing the game the Dublin have developed almost to perfection .

Counter attacking and use of the foot pass to give forwards an increased advantage of scoring accurately and often .

Do they have the players capable of doing the same again to a well oiled Dublin machine?

Personally I think not.

The Mc Hugh’s , Marty o Reilly and Mc Mc Brearty all all in fine form , but significantly they have one or two players in critical areas suffering from lost legs syndrome .

Rory o Carroll and Jack mc Caffrey are both big loses to the Dublin set up.
Earlier talk that James Mc Carthy seems to wide of the mark and this no doubt provides Dublin with a huge boost prior to the game .

However it is their athleticism all over the pitch the gives Dublin a Significant advantage over an most opposition and this weekends game is no different .

For Donegal , who one must say responded brilliantly to hold off the Cork challenge particularly after a bruising Ulster final defeat , this game I think is beyond their reach .

Dublin are averaging approx 25 point per game . Not withstanding Donegal are a step up in class from what Leinster has to offer. I would expect them to hit 16-18 scores in this game.

If Donegal implement a defensive approach similar to their Ulster final , there’s no way they can possibly outscore Dublin .

On the other hand should they play more expansively they run the risk of been overrun at the back .

Who’d be a manager faced with that conundrum?

That’s why Dublin’s better balance will shade the affair with possibly 5/6 points separating the teams at the end.

Another potentially top class encounter. Again contrasting styles . Lots of talk of both been possible All ireland winners . Plenty of questions also about their respective abilities to step up to the plate.

Tyrone’s game plan is well developed and choreographed at this stage . Mayo are still searching for the right ingredients .

They are also unsure about some of their key personnel and their positioning .

This season in particular finding a definitive position for Aidan o Shea has been a major talking point . Without a doubt a terrific footballer Mayo and their management need to find the answer to that question if their to be successful both Sunday and further on in the competition .

Tyrone’s physical approach sucks the life out of most teams . Mayo are physically well adapted and are a mature seasoned team.

They have reservoir of resilience built up over the last number of years. The Connaught championship defeat to Galway may well work in their favour . Building up confidence slowly but surely I feel they just might have enough in the tank to overcome a Tyrone side still in transition .

Their full back line lacks height and a real physical presence. Colm Cavanagh providing the sweeper cover when ball is delivered slowly or when attacks lack pace.

Aidan o Shea on the edge of the square allied to fast, far and favourable ball could well work out to Mayos advantage.

It will tight intriguing and  I’ll venture to say enjoyable . In predicting the outcome I’ll stay local and a narrow 1-2 point victory for the west of Ireland side.

GAA Defibrilators are 5 years out of date-Sportstalk Super 8’s Podcast...