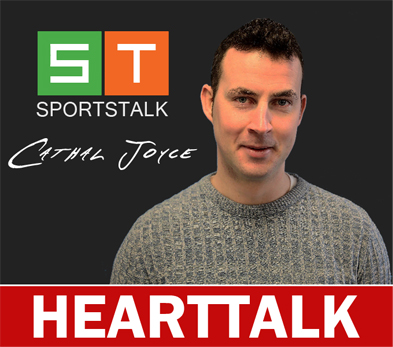 4 years ago Athlone’s Cathal Joyce was about to play an intermediate football match for his club against Rosemount when he suffered a massive cardiac arrest. Fortunately for Cathal, he was able to survive that day, but others have not been so lucky. Since then Cathal has made it his mission to try and ensure no other GAA player suffers a similar fate, and raise awareness of the dangers of cardiac arrests, but his findings have not been pleasant. From his research around the country he has found that many defibrillators have batteries that are 5 years out of date! Indeed such was the scenario in Cathal’s own instance that he, somehow, managed to survive.

In this week’s Sportstalk podcast Cathal talks about the importance of defibrillators and of club officials knowing CPR. He also talks about his future hopes of getting involved in coaching and management. As well as this, Cathal gives his thoughts on the rest of the championship, the possibility of Kilkenny winning another All-Ireland and the likelihood of a Dublin Donegal All-Ireland football final.

Five Football Facts – Xabi Alonso has an All Ireland Medal?!?