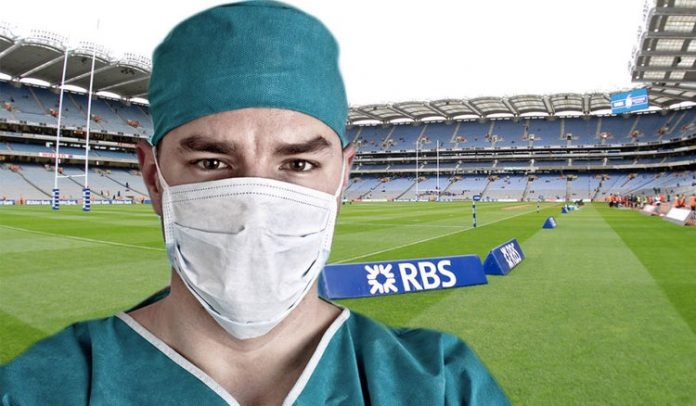 These are extraordinary times we live in. A few months ago who could have envisaged this? A few weeks ago even, who could have predicted it? We’d been dithering for a while over whether it was necessary to shut down games, or cancel the St Patrick’s day activities. One only has to look at the videos of hospitals in Bergamo though, and the pictures of army tanks taking bodies away, because the numbers were too great for regular undertakers to deal with, to realize the gravity of what’s going on. Some say that what’s happening in Italy is an aberration. It’s more likely, as many have alluded to, that they’re merely 2 weeks ahead of us. This is not a fake crisis we are talking about. It’s here now, and it’s very, very real.

Not in my lifetime can I remember such an unremittingly bleak moment as we are in right now. Sure, the foot and mouth crisis of 2001 caused a state of lockdown in the country for a few months. And yes, the banking crash of 2008 hit us all very hard financially and morally. But at the very least, during those unfortunate times, we still had each other to get ourselves through the situation. Well, we still have each other now. The chilling thing is though, unless we work together, we might not have each other by the end of this. 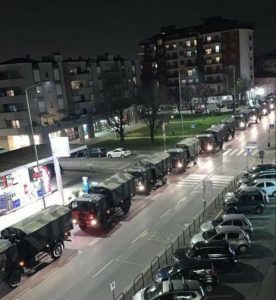 Let’s be clear about this: not since the “emergency” between 1939 and 1945, or the troubles in the North between 1969-1994, have we been on a war footing like we are now. Those moments, particularly the latter conflict, absolutely ravaged this country in terms of physical hardship and bloodshed. Yet even those situations, were not as inconceivable and unprecedented as the one we have at the moment. We’re in a war with an enemy we can’t see. And it’s only by the help of everyone; every man, woman and child on this island, that we can get out of it.

In light of that, the leadership shown by the GAA has been a beacon of light in our oh so troubled times. The decision to close down all games, training and meetings, over the course of this crisis was an obvious, albeit, fundamental one. The cancellation of club fixtures by multiple county boards in April, and the first round of the Connacht football championship, revealed even more foresight. However, those were just obvious, necessary measures. What has been done with our grounds though, has been truly extraordinary.

The use of Croke Park as a drive through facility for Covid 19 testing, is one of the most commendable decisions the organization has ever made. It was an olive branch of hope and help in people’s biggest hour of need. Similar arrangements have also been made at Nowlan Park in Kilkenny, and Pairc Ui Chaoimh in Cork at this time of crisis. There have been other efforts made across the country by GAA clubs, to try and assist our health service, when their corridors are bursting at the seams.

The last week has seen Ireland, and the GAA in particular, at its very best. I’m sure Michael Cusack and whoever else dreamed up the organization in Hayes’ Hotel in 1884, would be looking on proudly at what they have been doing. The GAA is about Irishness, about keeping our culture and tradition, and displaying it across the world. Yet it is also, most crucially, about community. It’s about looking out for each other, and keeping our spirits up in times when morale is low. And it’s hard to think of a time when our morale has been lower than now. The scary thing is, we’ve almost certainly not seen the worst of this yet. 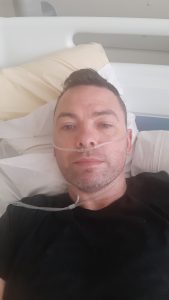 Sometimes we have a habit of thinking that we exist in a bubble, and what the outside world does, has no real impact on us. Yet what this situation has critically demonstrated is that EVERYTHING we do affects EVERYBODY. We do not live in splendid isolation. That applies to the GAA too. The coronavirus does not ignore us. It’s already affected many GAA people, from a Simmonstown gael member in Meath, who was one of the first known cases in the country, to ex-Dublin hurler Michael Carton, who has been struck down with the condition. And yet, there are some people out there who are not grasping the severity of the situation. For those individuals, it’s time to wake up now, for they may not be able to do so later.

When Joe Brolly is not deliberately trying to court controversy about matters football, he just happens to be one of the most eloquent speakers on this island. So, as he spoke during the week about the stark difference between the British and Irish government’s response to the crisis, he illustrated what an important role the GAA plays. In the North of Ireland, while the British government was insisting the schools and pubs remain open, the GAA clubs were adamant that their grounds, and all other activity be shut down. Thankfully many GAA members chose to take the GAA and Irish government’s advice, rather than that of the British one. But even then there are complications.

One of the scariest things about a pandemic is that it does not recognize borders, so what happens on the same land mass in the North, directly affects us. So the decision to keep multiple schools, pubs and business open in the North, could have caused many preventable cases of the virus to be transmitted. With the amount of cross border movement, the disease could easily be transferred to people in the south too. In time, we may think of that as one of the most ridiculous decisions a British government has ever made, and there is plenty of competition for that accolade. It must be enough to make people reconsider if there is a need for 2 separate political entities on this island. That’s an argument for another day. At the moment, we’ve got bigger things to worry about.

This crisis has ripped apart our country. But even in times of crisis, there are shafts of light. In China, they have the same word for crisis as opportunity, and we’ve had an opportunity to reasses what our society is during these times, and think of what’s really important. Like, for example, who the most important workers are. And no, before you ask, it’s not the bankers and the hedge fund managers. It’s not publicans or bookmakers. It’s the front line medical staff on this island, who have been working tirelessly to stop this awful pandemic getting even worse than it already is. It’s the delivery drivers, farmers and shop staff, who are making sure that everyone has enough supplies to get them through these awful few months. We can live without endless greed and insatiable thirst for economic growth. Without medical staff, and people ensuring we have enough food and drink though, we literally can’t survive.

This crisis has revealed what the most important aspects of our society are. It’s not making money down the bookies, singing songs in a packed pub, or parading down O’Connell street on St Patrick’s Day. It’s the most fundamental and basic core of our being: looking out for each other. One day, hopefully, we can do all of those other things again. Maybe in a few months time, we can go to a game, put a few quid on who’s going to win, shake hands and embrace our friends as we sink a few pints in a crowded pub in Drumcondra or Thurles. There will be a day again when we can do that. But we can’t do that now. Right now, the less we do, the more we help.

Sometimes, it can be easy to abdicate our responsibility and blame politicians, our employers, or whoever else for our problems. In some cases, that may be correct, but in this case, that’s irrelevant to our own collective responsibility. We’ve all got a duty of care in this. The nurses and doctors are staying in work to help us, so we have to stay at home to help them. One day, if we work together, we will be able to come out of this at the other side, stronger. But we’re a team in all of this. Not one of 15, but of 6.6 million or more people on this island. We’re at our weakest moment now. But if we work like never before, we can, one day, be a (great) nation once again.

What’s in a name? – The GAA’s obsession with peculiar monikers