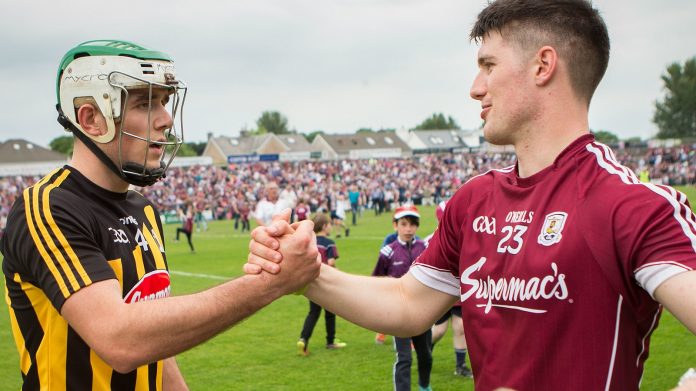 The 2020 Leinster Senior Hurling Championship Final will see old rivals Galway and Kilkenny battle it out for the Bob O’Keeffe Cup.

It is going to be the six ever meeting between the two counties on the Leinster final day, with their first final meeting taking place way back in 2010 where the Cat’s emerged victorious on a scoreline of 1-19 to 1-12.

It will also be the first ever championship meeting between the two managers as Kilkenny’s Brian Cody will come face to face with Galway’s Shane O’Neill who took over from former manager Michaél Donoghue who stepped down in 2019.

O’Neill’s arrival to Galway as part of a two-year deal come comes after an extremely successful run as a manager at Limerick’s Na Pairsaigh which he left in 2018.  Under his leadership at the club during his three years, the club won an All-Ireland, two Munster titles, and two Limerick club senior hurling titles.

In terms of getting to this years, final Kilkenny had to overcome a massive fright in the semi-final win over Dublin, the cats held a half time interval lead of 15 points and you could have put your money on it that their spot in the final on November 14 was secured.

Dublin’s second-half performance will go down as one of the great Croke Park comebacks, Dublin remarkably wiped out that deficit by the 71st minute when Daire Gray struck the equalizer.

Defender Huw Lawlor’s 74th-minute score will go down as the match-winner to save Kilkenny’s blushes.

In the other semi-final, Galway put on a master class display of hurling as they dethroned last years champions Wexford by the dual of 13 points to set up a meeting with Kilkenny to see who will claim the Bob O’Keeffe for 2020.