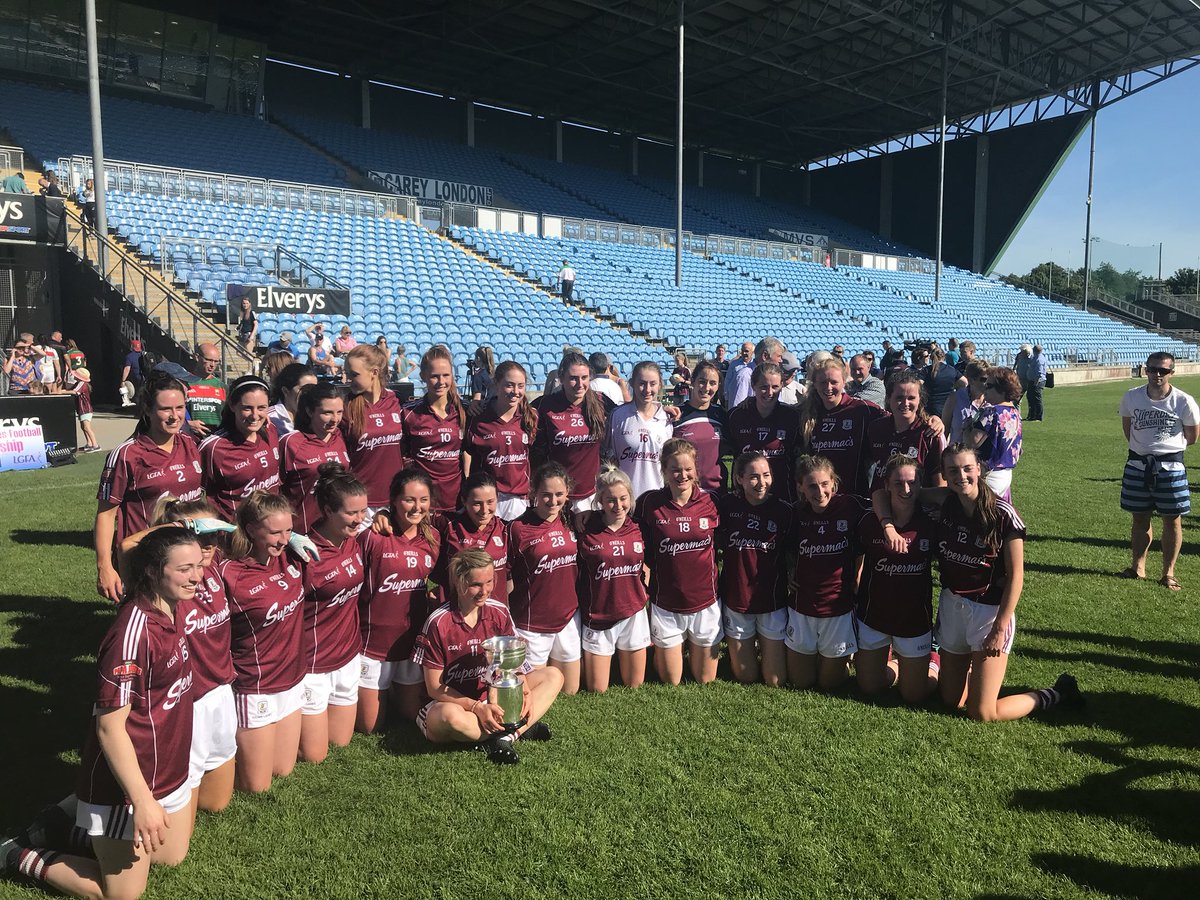 Galway won their 2nd Connacht Senior title in a row and their 6th in 7 years after an ansorbing 0-17 to 1-12 win over Mayo in Castlebar. Cora Staunton, wearing number 25, started for Peter Leahy’s side on her return from Australia and despite kicking 6 kick points, could not stop Galway from retaining the title with captain Tracey Leonard in top form.

Galway kicked over the first 3 points on a day where they would never relinquish the lead with Roisin Leonard getting them off the mark after 29 seconds. Niamh Kelly got Mayo’s 1st score as Stauton quickly followed up with her first to leave Galway 0-03 to 0-02 ahead. Aine McDonagh and Tracey and Roisin Leonard then fired over to give Galway a 4 point lead after 18 minutes. For the remainder of the half both sides traded points, including a wonderful score from Staunton, to give Galway a 0-09 to 0-07 lead at half-time.

By the mid-point of the 2nd half there was only the minimum between the sides with Niamh Kelly’s powerful running a constant threat for Mayo. On 45 minutes Galway were then reduced to 14 as Charlotte Cooney was sin-binned. However, despite being a woman down, Galway pushed on and went 4 ahead thanks to scores from Sarah Conneally and Emer Flaherty. Mayo wouldn’t give up though and when Fiona Doherty fired to the net for the game’s only goal on 50 minutes, the score was 0-14 to 1-10.

Mairead Seoighe and Staunton then swappped scores before Sinead Cafferkey equalisied on 56 minutes. Just as Mayo looked as though they might push on to victory, Galway kept their nerve to win the game with scores from captain Tracey Leonard and Seoighe handing Stephen Glennon’s charges the Connacht title.

Moloney praises one of the most influential women in her life