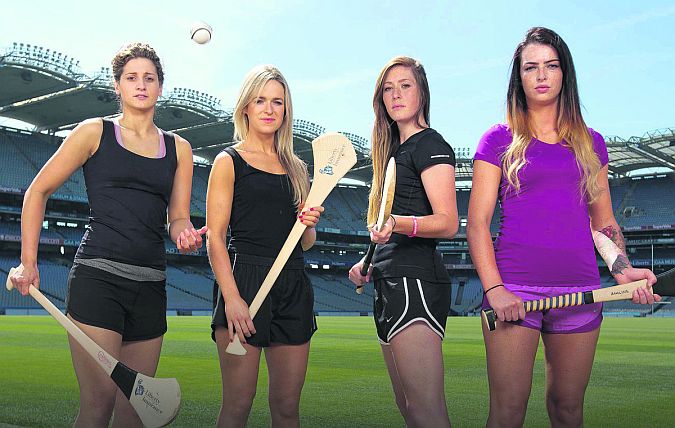 All to Play for this Weekend: Liberty Insurance Senior Camogie Championship Preview

This Saturday July 16th sees the final group games take place in both Group 1 and Group 2 of the Liberty Insurance Senior All-Ireland Championship. With final positions still up for grabs, it is all to play for this weekend with some mouth-watering ties in place.

With 4 losses from 4 Clare have yet to record a single point in this year’s championship. Wexford will make the trip to Clare full of confidence after an injury time goal from Una Leacy secured victory for them over All-Ireland champions Cork. With Shelley Kehoe and Kate Kelly in impressive form for Wexford, they will be determined to gain another win and progression to the knockout stages of the championship.

Cork and Limerick should be one of the key fixtures of this weekend. With places still up for grabs in group 1 both sides will be focussed on gaining all 3 points. A win is a must for Limerick who currently lie 4th place in the group. Three points and other results going in their favour could see them progress out of the group. They will need championship top scorer Namh Mulcahy to be at her very best to have a chance of inflicting a second defeat in a row to Cork. Paudie Murray’s side won’t be happy with ending their winning streak last weekend and in particular only scoring 9 points. They’re forwards are capable of finding an extra few gears this weekend and expect them to be out to claim all 3 points and top the group.

Offaly were back to winning ways last weekend with a 6 point victory over Limerick. Waterford, despite recording a memorable win over Clare last week are not in a position to qualify to the knockout stages. The Munster side do however possess plenty of talent in their squad and will look to finish their first senior championship with a good performance. With Offaly eyeing up a place in the knockout stages and having home advantage they should have the upper hand in this clash. Both sides’ top scorers this year Michael Morkan (Offaly) and Trish Jackman (Waterford) will have a big say on the outcome of this game.

After a fantastic finish and an injury time point last weekend to secure a draw against Tipperary Dublin’s fate is in their hands as they welcome Derry to O’Toole Park in Crumlin. A win against Derry will put Dublin level with Tipperary (who have a bye this weekend) on 4 points and therefore the decision on who takes third spot in the group and a place in the  quarter-final will come down to score difference. Tipperary currently have the better score difference but if Dublin were to beat Derry by 26 points or more they will go ahead of Tipperary on score difference. Derry suffered another heavy defeat against Galway last weekend and with no points earned yet they are playing for pride. Derry would have targeted this fixture at the start of the year as one that they could get a result in, however  unfortunately for them their campaign hasn’t gone the way they would have wished and with Dublin still having so much to play for a home win is surely the likely outcome. Whether Dublin can achieve the substantial scoring difference that is needed will remain to be seen as Tipperary wait anxiously in the background.

The final game in group 2 will see table toppers Kilkenny take on Galway in what will be a repeat of this year’s league final. Kilkenny will be well rested approaching this game with no fixture last weekend.  Galway also took the opportunity to rest some key players as they recorded a comfortable victory over Derry last weekend. Both teams have qualified from the group but there is still so much to be play for as whoever wins will gain a semi-final spot while the runners up will be through to a quarter final. A defeat for Galway will be a second defeat in succession against Kilkenny as they went down 2-07 to 0-7 points to them in the league decider earlier in the year. Both sides have great momentum going into this game and a hard fought battle is in store. Kilkenny’s forwards have been in lethal form so far this year scoring a total of 8-57 in their first 3 games and Galway defence will have to be at their very best to stop the Cats claiming another win.