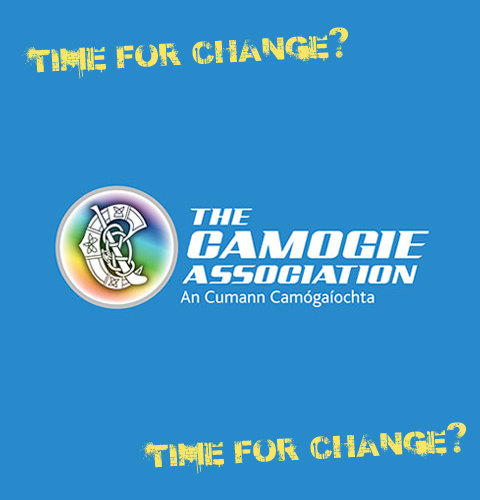 The Camogie Association have a section on their website dedicated to explaining the rule differences between hurling and camogie. They also have leaflets which explain these rule differences. So what are the rule differences? The most blatantly obvious one is the hand pass goal.  An obvious foul in hurling at any level, a hand pass goal or attempted hand pass goal is a common occurrence in every camogie match. Other rule differences include in camogie a player can play an opponent’s hurley in the air or on the ground with their own hurley. A player can also drop their hurley to pass the ball. Both situations are fouls in hurling. In camogie a deliberate shoulder is not allowed while it is in hurling. A senior inter-county camogie game lasts 60 minutes compared to 70 minutes for a hurling game. There is also the obvious difference where  camogie players wear ‘skorts’ – a cross between a traditional pair of shorts and a skirt compared to hurlers wearing shorts.

So are these rule differences good for Camogie? Does it make the game more unique and progressive? For me the answer is a big fat no. In fact I believe the example of the above rule differences is holding camogie back. I’m not sure which one is my biggest bugbear, the hand pass goal (which takes away the opportunity for the much more skilful spectacle of striking a goal) or shoulders not being permitted meaning matches are continuously stopped and started by referees for fouls as a result of minimal contact. Ultimately leading to the frustration of both players and supporters alike.  All this before I even discuss the dreaded skort.

In the beginning camogie players wore long heavy skirts, then shorter skirts which were easier to play in were introduced and finally skorts which look like a skirt but are more like a pair of shorts. So why not change the rules to simply let players where shorts? Go to any camogie training in the country today and you will struggle to find anyone wearing a skort. Players will all be wearing shorts which are more comfortable. They only wear skorts in matches because they have to. Even for non- competitive challenge games you will notice almost every player wearing shorts. Like many camogie players and supporter last year I felt a ping of jealousy when I saw the massive Lidl Ladies Football poster campaign as I wheeled my trolley into the store to do my weekly shop. Three of ladies footballers’ best athletes stood there staring down at me looking fit and ready for action in their jerseys, shorts and football boots. Even if camogie had a similar campaign and 3 of the sports top players stood there in jersey and skorts I think I would nearly cringe. Although technically it’s not a skirt it still looks like a skirt so on first impression one would have to ask why would anyone in their right mind wear a skirt going out to play a competitive physical game like camogie. It just portrays the wrong image completely and makes camogie look like a gentle game for ‘ladies’. As anyone who has played the game knows it’s not.

So it’s clear I don’t agree with these rules! I don’t see how they benefit the game. One could argue it’s what makes the women’s game unique and different to hurling. But do we want to be different from hurling? Would it not be easier if the rules were they exact same? Take last year when Tipperary and Waterford hosted the fantastic occasion which is Feile na nGael. I had the pleasure in managing our local U14 team. We had qualified for a quarter final so made the journey to a venue in south Tipperary. Both us and the opposition were there on time all set to go but the referee still hadn’t arrived. More time passed with no sign of the referee as two hurling teams scheduled to play after us waited idly by. The referee due to referee the next game then approached us and offered to ref our game so not to delay the players or supporters of both the camogie and hurling teams any longer. A decent gesture to say the least. But then came the dreaded dilemma of the rule differences. Here was a fully qualified referee but he was a hurling referee. He wasn’t fully aware of all the rule differences. Both the opposition manager and I started to go through the rule differences with him and debate whether this was fair on the girls to have a hurling referee take charge when low and behold our exhausted assigned camogie referee appeared. Due to the shortage of camogie referees for the weekend our hard working referee was busy all day refereeing games and had got delayed travelling to the next venue. Clearly worn out he proceeded to take charge. The thought immediately sprung to mind how much easier it would be to run competitions like Feile or any camogie competition if the rules were the same. It would massively increase the pool of referees available to the camogie board when trying to organise fixtures. This would in turn naturally increase the standard of refereeing.

And then there’s the coaching aspect. How easy is it to pick out the new camogie mentors. Usually a young father who has got involved in a juvenile camogie team because his daughter plays. He can be spotted a mile away arguing with the referee because the opponents’ wing forward played the hurley or the corner back dropped her hurley before hand passing it. He’s getting more and more animated as the game goes on until usually the long standing female selector explains to him that you can in fact do does things in camogie. Wouldn’t it be easier if the rules were the same so the father or mother can transits smoothly to helping out with their son or daughter’s team? Wouldn’t it be easier to encourage more people from a hurling background to get involved with a camogie team? Because as everyone knows camogie clubs around the country are crying out for more volunteers.

Almost every year after the senior camogie All-Ireland final a discussion usually takes place among the experts on the Sunday Game about the stop start nature of the final. How the game never developed because the referee didn’t let it flow and so on. To be fair to the referee he or she is usually disadvantaged by the rules. For example in any senior final you have the two best teams in the country competing. They have probably started training 10 months previously in a gym undergoing a vigorous strength and conditioning programme. They have followed this up with countless fitness and hurling sessions on the field which include lots of physical work. Come the second Sunday in September they are in the best physical shape of their lives primed for battle. And what happens….two players go hell for leather for a ball and one is punished for a shoulder or some form of contact. It just doesn’t make sense. Camogie needs more physicality. Like hurling it’s just the way the sport works. Shouldering should be allowed, end of story. Players if taught from a young age how to shoulder are use to it from a young age and will thrive being allowed to do so. It would also greatly improve camogie as a spectacle in particular the adult game.

Right now across the country you can have your say on how Camogie is played as everyone from players, referees, mentors and administrators are encouraged to join the conversations that are being held throughout August. The conversations are part of an initiative by Ard Chomhairle (Central Council), the national governing body of Camogie, to listen to the membership’s views on some new ideas about age eligibility for adult club and inter county Camogie and the structure of the All-Ireland minor championships. The initiative is called Talking Camogie and it also includes an opportunity to discuss how you would like to change the playing rules of Camogie. To find out more log onto www.camogie.ie. I know I’ll be going along to have my say.

Camogie round up – 16th of July