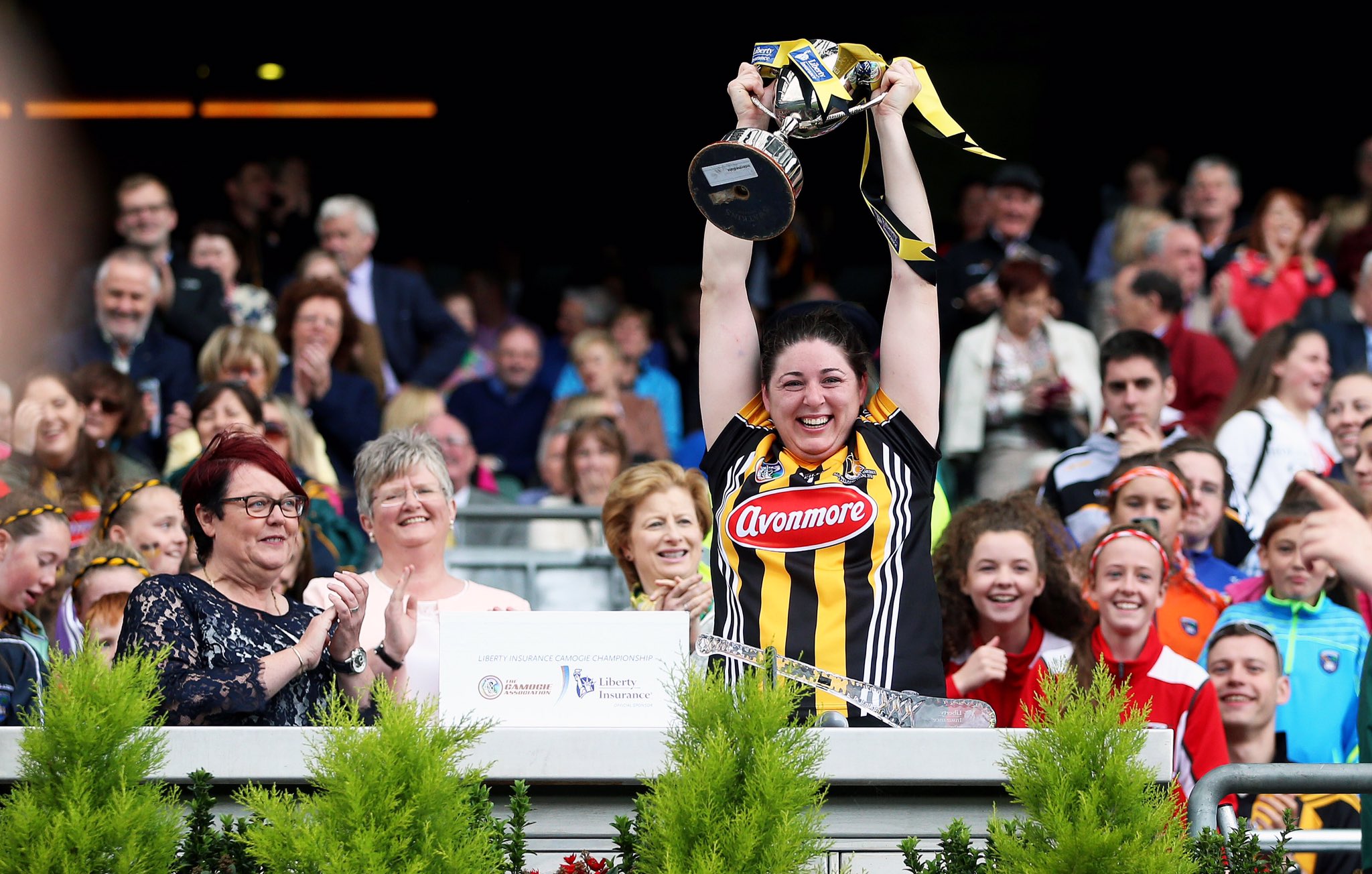 It was a day to remember for both Kilkenny and Carlow Camogie as they left Croke Park on Sunday with a share in all three trophies on offer. Kilkenny’s senior team ended a 22 –year famine to capture the O’Duffy Cup and add to the Intermediate title won earlier by the Cats.

While Carlow topped off a fantastic 24 months by defeating Armagh in the Premier Junior final a year after winning the Junior A title and gaining promotion.

Two goals in the space of five minutes from Kilkenny’s Keeva Fennelly was the difference in the Intermediate decider as Kilkenny emerged victorious by a single point after an entertaining 60 minutes of camogie. Cork had the better of the opening exchanges and raced into a 5 point to 1 lead after 20 minutes thanks mainly to the brilliant Linda Collins who finished with 1-5 of her side’s total.

Ciara Holden kept her side in it at the break with 3 first half scores as they trailed Cork 7 points to 3 heading for the dressing rooms. Kilkenny emerged after the break with much more determination in their play and within 3 minutes of the restart were back level thanks to another Holden point and a goal from Jenny Clifford.

Cork’s response was excellent though and Caroline Sugrue and Linda Collins combined to score a goal and point and put Cork into a 4 point lead once again. The game however turned on its head once again when Fennelly got on the end of a great move to handpass pass Amy Lee in the Cork goal. Knowing they would probably need another goal to win manager Mike Wall told the Ballyhale attacker to stay in on the edge of the square.

She duly obliged and within 5 minutes had raised another green flag to put her side in the driving seat. Two more points from Cork’s Rachel O’Shea and Linda Collins reduced the margin to one and it was edge of your seats stuff as the clock ticked down. A pointed free from Ciara Holden put 2 between the sides once again before Keeva McCarthy came off the bench to score Cork’s final point.

As a unit Cork looked the stronger side at times but Kilkenny showed great spirit to never let the gap get too wide and capitalised with goals when they had their own purple patch. Fennelly was the star of the show with two second half goals but they can also thank Ciara Holden who was very accurate on frees and kept the scoreboard ticking over throughout proceedings.