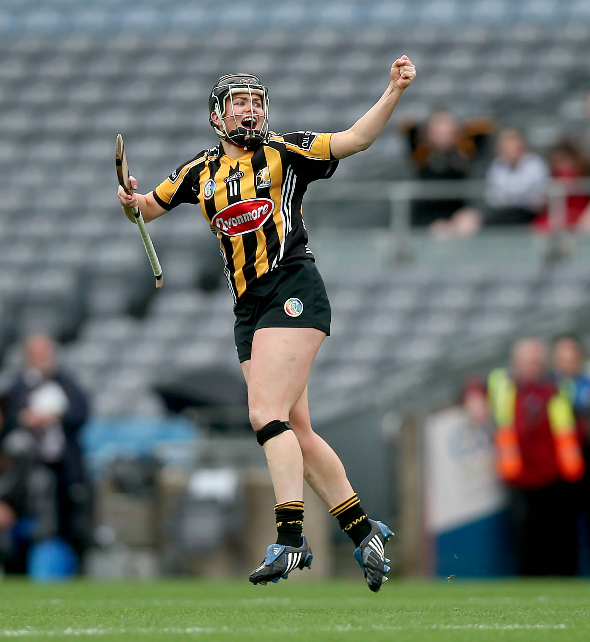 The weather played havoc on many sporting fixtures over the weekend and Camogie was no exception with the Littlewoods Ireland division 1 league clash between Tipperary and Cork postponed due to the Tipperary venue being unplayable. The remaining fixtures did go ahead with Waterford, Galway, Wexford and Clare all recording wins.

Waterford had a hard earned win over Dublin in Dublin, thanks in no small part by the scoring exploits of Beth Carton who scored 9 of her sides 11 points. There was very little to separate the two sides for the majority of the game with Dublin’s Ali Maguire, Miriam Twomey and Siobhan Kehoe all raising white flags.  Beth Carton was excellent from placed balls and she punished any Dublin indiscipline time and again.  As the game approached the final 10 minutes both sides were tied again before Waterford found another gear and drove ahead to see out the win.

Clare recovered from last week’s disappointing defeat with a strong second half showing against Meath that led to an 8 point victory. In wet and windy conditions Meath led at the break 1-7 to 1-2. Playing with the advantage of the wind in the second half Clare gradually whittled down this lead and with 15 minutes remaining the sides were even 1-08 apiece.  On the 50th minute Clare’s Niamh O’Dea despite being fouled by the Meath keeper managed to find the back of the net. The Meath goalie Emily Mangan was given a red card and Meath had to play out the remainder of the game with just 14 players.  Once ahead and with the wind and numerical advantage Clare stretched their lead and ran out comfortable winners in the end. Chloe Morey was the star for the banner with a massive personal tally of 1-12. For Meath Jane Dolan scored 1-2 while Aoife Minogue scored 4 points.

Galway continued their winning ways with a 7 point win over Offaly in Birr. There was plenty of drama in the opening half with Offaly being awarded two first half penalties. Siobahn Flannery stepped up to take it but her shot was blocked by Sarah Dervan. Michaela Morkan then stepped up to take her sides’s second penalty and blasted her shot to the roof of the net. At the interval Galway led 1-7 to 1-2 with their goal coming from Aoife Donohue after good work from Ailish O’Reilly. Noreen Coen and Ailish O’Reilly registered early points after the restart to stretch Galway’s lead while Offaly could only manage 2 second half points. Patrice Delaney was given her marching orders after a second yellow card with 15 minutes remaining and with her went any chance of an Offaly fight back. Galway will be happy with their second win in a row and their spread of scorers (6 in total) in comparison to Offaly’s two.

A 2-11 to 0-9 point victory for Wexford saw Kilkenny suffer their first defeat since April 2016. With the team returning from a deserved holiday on the Friday it was always going to be a difficult task for Ann Downey’s charges in Gorey. Nicole Fortune and Brid Gordon scored 2 first half goals to set the home side up for a 3 point lead at the interval 2-4 to 0-7. Kilkenny responded well to Wexford’s opening goal with 4 points in succession. But with Linda Bolger in fine form for Wexford and a second goal from Gordon, it was the homeside that led at the break. It was all Wexford in the second half with Kilkenny only managing 2 second half points as the Wexford defence held strong while Linda Bolger continued her impressive form with a brace of second half points.

Shane Lowry Pulls Out of Olympics

Player resilience. Do they make them like they used to?