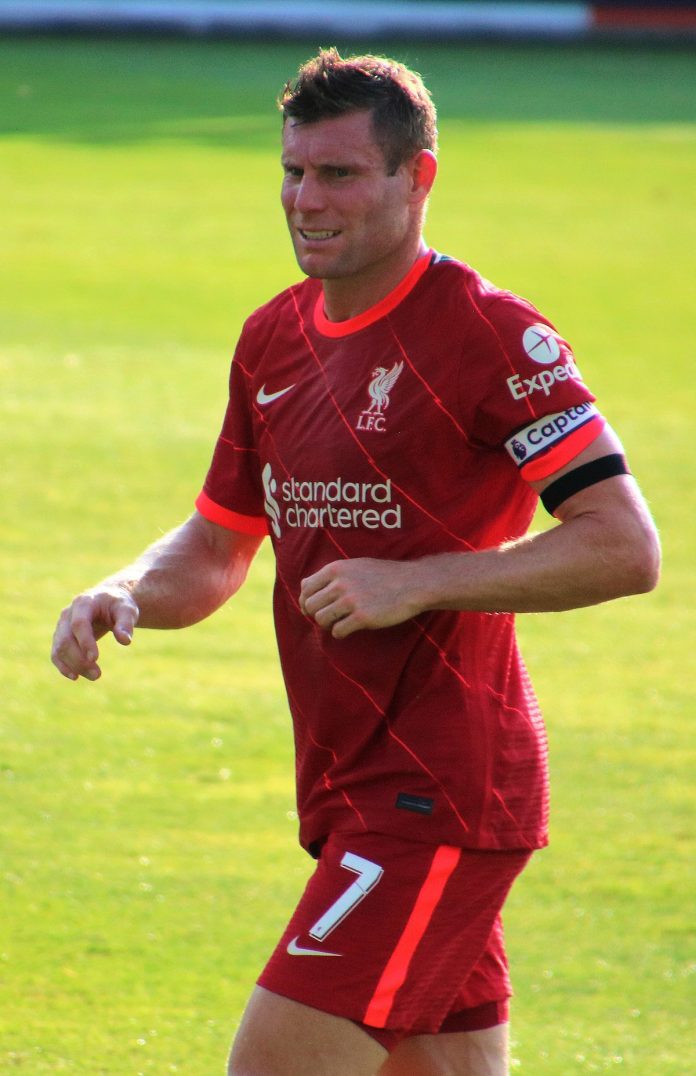 Aston Villa manager Steven Gerrard is reportedly interested in bringing Liverpool midfielder James Milner back to Villa Park when his contract expires in the summer.
There have been rumours that Liverpool manager Jurgen Klopp would like to offer the versatile Milner a new one year deal. Many Lees Utd fans would love to see Milner make a return to Elland Road.
Milner, a Leeds Utd fan, broke into their first team at the age of 16. When Leeds were relegated to the Championship Milner was sold to Newcastle Utd. He then moved to Villa before Manchester City and then Liverpool in 2015.
In his seven years at Anfield the midfielder has become a fan favourite; not just through his football but his likable personality. At Liverpool he has won the Premiership, Champions League and the Club World Cup.
He made 61 appearances for England,scoring one goal. He has outlined his intentions to continue playing and Gerrard would like to see him add to his 126 appearances for Villa.