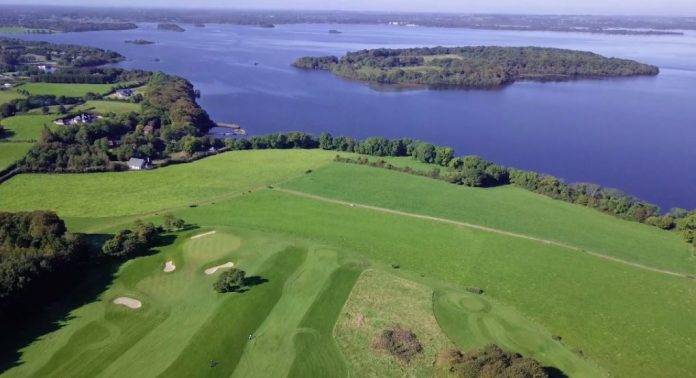 Glasson Golf Club will once again hold the International King’s Cup between Team Ireland and Team USA next month. It’s an amateur golf tournament.
The course has a reputation as one of the most challenging and scenic golf courses in Ireland. No matter what your level of golf experience, the course is cleverly designed so you can tee off for a relaxing round or test your game to championship level.
Designed by Christy O’Connor Jnr, Glasson Golf Club opened to the playing public in 1993. It is surrounded by Lough Ree on three sides and set in the most spectacular of landscapes. O’Connor described it as “One of the most scenic pieces of land I’ve ever seen in my life, with the first nine overlooking Lough Ree and the second nine Killinure Bay. There is nothing I’ve seen that comes close to that.”
It was designed with the future in mind. It is an interesting and challenging tournament layout. Philip Walton holds the course record of 65.
Glasson played host to the European Challenge Tour in both August 2007 and 2008, highlighting the calibre of this stunning golf course.
Work was carried out at the end of 2020 to renovate the final five holes on the course which occupied part of the property where new lodges are to be constructed. The old par fives at the 14th and 17th were converted to medium-length par fours, the 18th was routed away from the front of the hotel. Lakes on the closing holes were reshaped to add more character to the water features.
Voted 2011 Ireland Golf Tour Operator of the Year (IGTOA) Golf Resort of the year. Glasson is a must for any golfer visiting the Midlands. It was also voted Best Golf Resort, Midlands/West, by Golfers Guide to Ireland 2014.
Sportstalk are delighted to be official media partners for this tournament; a huge step forward for our independent media team.