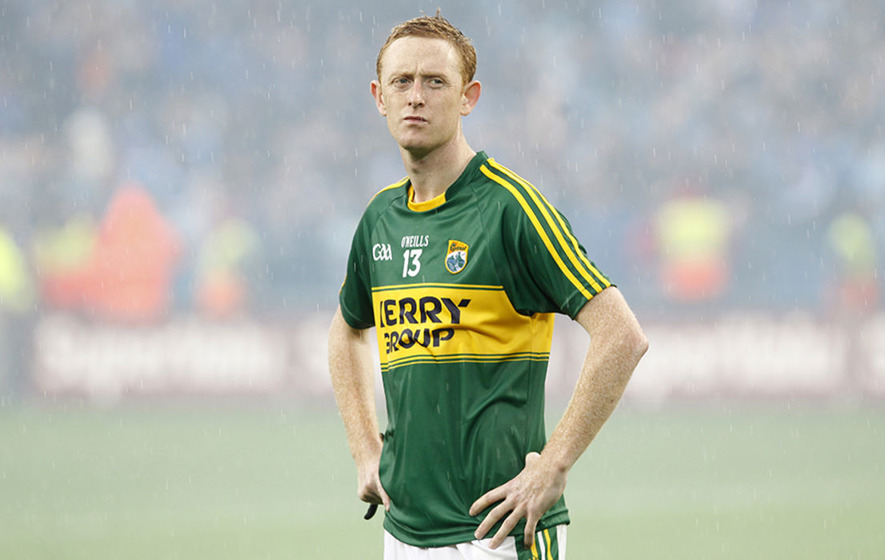 In the end, it finished, just like his contemporary Henry Shefflin’s career did, by winning an All-Ireland with his club, Dr Crokes, on St Patrick’s Day. Just over two years after the greatest hurler of all time exited stage left from the inter county scene, one of the best footballers any of us have ever seen, decided it was also time to bring the curtain down after a club All-Ireland success. It was the perfect end, to an almost perfect career.

But was he the best ever? Certainly, on the day that was in it, he got plenty of validation that he was. His old teammates Tomas O’Se, Kieran O’Leary, Killian Young and Aidan O’Mahony all stepped in to bat on his behalf on that score. Outside of Kerry, Mayo’s Conor Mortimer, Armagh’s Stephen McDonnell and Meath’s Joe Sheridan did likewise.

Then again, if he is vying for that spot, he’s up against some pretty stiff competition. In Kerry alone there could be claims made for Mick O’Connell, Mikey Sheehy, Jack O’Shea and Maurice Fitzgerald, as well as any manner of others who came well before our time. Outside of that, Offaly’s Matt Connor, Tyrone’s Peter Canavan and Down’s Sean O’Neill will have their supporters. And if Dublin continue as this rate over the next few years, I’m sure one or more of their current stars will probably get a mention in the conversation too.

Obviously, all of this is merely conjecture. It’s hard enough comparing footballers of the last 15 years, without stretching it to over 130 years of the organization. Statistically speaking at least though, Cooper’s achievements are very impressive. Certainly, 4 All-Irelands, 9 Munster titles, 8 All-Stars and one Footballer of the Year award are not to be sniffed at. In 85 championship appearances for the county he scored a remarkable 23-283, while only four of those games ended scoreless for him.

As regards his strengths, well, that was immediately obvious to anyone who ever watched him play. As a pure two footed footballer of skill, intelligence and vision there were few to match him. Witness his goal in the 2004 All-Ireland against Mayo for one of the best examples of his talents.

Not only did he have the strength to field the ball in the air, but he had the ingenuity to delay his shot, when a lesser player would have snatched at it wildly. He always seemed to be able to manoeuvre space for himself, and whenever he got in the position to finish, he invariably did.

Anyone who saw him play would have recognized that this was a footballer with unique raw gifts. Allied to that there was the fact that, even when he wasn’t scoring, he was still able to create havoc for others around him. Never was this demonstrated more clearly than the 2013 All-Ireland semi-final against Dublin, where the Gooch ripped apart his opponents in the first half with an exhibition of incisive passing.

Then again, even though talent wise Cooper was up there with the best of them, he wasn’t short of detractors during his career. Joe Brolly appeared on the Sean O’Rourke show this week to eulogize the Killarney man’s abilities:

“He was the ultimate purveyor of skill. He was almost a computer animated footballer. He would deliver a ball like a butler on a silver platter.”The other thing was the deftness of touch, so that he would deliver the ball to his colleague’s advantage. He could bounce it in front of him, he could put it in his chest. It was a thing of beauty..

Such words though, while nicely put, are very much contrary to what he has written before.

In 2015 after Dublin beat Kerry in the All-Ireland final and the Gooch endured a torrid afternoon at the hands of Philly McMahon, Brolly was quick to stick the boot in in theSunday Independent. In an inflammatory piece, Brolly ripped into Cooper stating he was “not a leader. In adversity, he fails”

“When the heat is turned up, he disappears, starting with the second half in 2002 against Armagh. Or the trilogy against Tyrone. Or the second half of the 2013 semi-final against Dublin when Cian O’Sullivan picked him up. Or 2012 against Donegal when he was entirely anonymous and looked like he simply gave up”

Such criticism was overly harsh, but it wasn’t necessarily isolated. Martin McHugh was another one who was not entirely convinced of Gooch’s greatness. The wee man from Kilcar invited ridicule a few years ago, when he came on the Sunday game and derided Cooper as a “two trick pony”. The accusation was clumsy, and while comparing the Gooch unfavourably to James O’Donoghue, he blatantly disregarded the longevity the Killarney man had displayed in his career. It’s one thing being top dog for a year as O’Donoghue was. It’s quite another, remaining there for over a decade as Gooch did.

It’s interesting that both of these critics came from Ulster. While Cooper’s career was highly gilded, there will always be a question mark over how he fared against those oppressive northern defences. Of the four All-Ireland titles he won, 2 came against Cork while another two came in facile victories against the less intimidating force of Mayo. Of the 10 knock-out championship defeats he suffered, 6 came against Ulster opposition. Tyrone in 2003, 2005 and 2008, Armagh in 2002, Down in 2010 and Donegal in 2012 all got the better of him and Kerry. So, if Cooper’s reputation is unmatched in the south of the country, further north, there are some reservations.

The other four defeats in his career came against Dublin in the last 6 championships. While he scored a goal in 2011 against them and was magnificent in the first half in 2013, in the past 2 years it seemed that the Dubs managed to get to grips with him somewhat. Certainly in 2015 he had one of his least inspired days in Croker, and while his performance was better last year, there still remained the belief that the cruciate ligament injury in 2014 had robbed us somewhat of that genius footballer that was there before.

It was heartening therefore to see him end his career on the sweetest of notes in the club All-Ireland final this year. That game against Slaughtneil will never go down as one of the most entertaining of all-time, but throughout it Cooper was an omni-present force, probing and controlling the game as only he can. In the first half, he scored the goal that gave the side the decisive edge, while in the second he proved himself a leader by going back into defence and midfield and guiding his side to victory. Maybe this victory against a Northern side in an All-Ireland final was finally enough to convince Derry’s Joe Brolly of his greatness. It also proved a metaphor for the Gooch’s career. He started his career as a scorer, but like Scholes or Pirlo before him, he ended it as an orchestrator.

It will be sad to see him go. Not just for what he achieved, but for what he represented. Nowadays we measure footballers by such rugby like metrics as “turnovers” “tackles made” “distance covered”, where we should really be judging them by skill and intelligence. The Gooch was a throwback to an era when players caught, kicked, and put scores on the board, before worrying about what any GPS measuring system said about their performance. He would never be a rugby player. A lack of girth and brawn dictated that. But he was one hell of a footballer. Maybe he was or wasn’t the greatest of all time. But he was pretty damn great all the same.

WHAT’S TO BE DONE WITH LIMERICK HURLING AND DOES ANYONE EVEN...