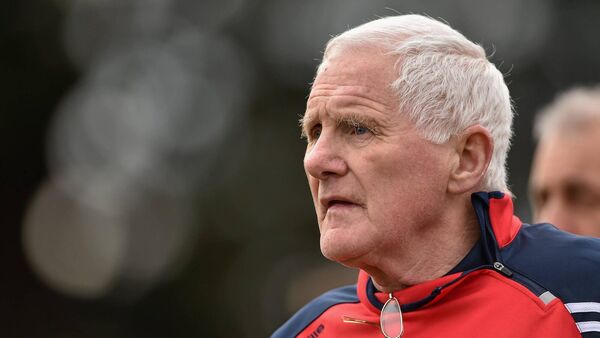 Cork people love sport. No matter what it is; soccer, football, hurling, camogie, rugby etc. In 2005 I got a job in a radio station in Cork and never imagined the sporting events I would get to cover and the people I would meet while I was down on Leeside.

One of the people I had the privilege of meeting during my time in Cork was Cork Ladies Manager Eamonn Ryan. You couldn’t but like the man. He was down to earth, passionate about Ladies football and also so humble.

In the media night before their first All-Ireland Final in 2005 it was so evident the bond between Ryan and his players. Juliet Murphy, the then captain, spoke about the influence he had on her and the rest of the players. I remember going back into work and telling a colleague that Cork were going to win the All-Ireland that year. I actually put a bet on with him and was delighted to win it.

There was just something between Ryan and his players; it’s hard to put into words but when you come from a training session, a match or even a media night and see the interaction between a manager and players, you just know how things are going to fare.

After all the success he had with Cork, Ryan mentioned he was lucky with the players he had. I think the players will say they were lucky to have a manager like Ryan. He was grounded and that was a trait his players had too.

I didn’t get to interview Ryan much after I left Cork but always followed the fortunes of the Cork Ladies. My younger cousin is a bit more passionate about Cork Ladies than I am though.

In 2016 I managed to get her premium tickets for the Ladies Final. Cork won the final but what she loved most about that day and what she still talks about is meeting Eamonn Ryan. He chatted with her throughout the game. He made the same impression on her as he had made on me 11 years before. She, like myself, was upset when she heard about Eamonn’s passing.

Ryan guided Cork Ladies to 10 All-Ireland titles (twice they did five in a row) and 9 National League titles. His name is written in Ladies Football history.

Eamonn Ryan’s memory will live forever because legends never die. Thanks for the memories Eamonn.