The hurling analyst Michael Duignan isn’t usually a man given for hyperbole, but after the Offaly man had seen Kilkenny defeat Limerick in the All-Ireland qualifiers in 2017, he made an exception. Speaking on the Second Captains podcast, he reflected on a stuttering Kilkenny performance in keeping with their whole year. They only barely managed to overcome the treaty men, and maybe they shouldn’t have, but one man ensured they did…

“I think Michael Fennelly epitomized Kilkenny at the moment, they’re dying but they’re not going to die without a fight. To see his performance, back for the first time since the All-Ireland semi-final and what a performance he gave on Saturday, and he’s so crucial, how one man can be so important to a team. We had a chat about it afterwards, myself and Daithi Regan on Saturday evening…..is he the best midfielder of all time? I think he’s up there. I think he’s an absolutely incredible player” 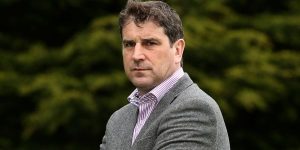 The best midfielder of all time? Well, it’s impossible to judge anything like that obviously, unless, you’re the Bionic man, but having been a noted hurler for more than a decade and a half, and a respected pundit for even longer, at the very least, Duignan’s opinion holds some merit. Sometimes statistics and numbers don’t do justice to a player’s career. But if you’re Michael Fennelly, they don’t necessarily do a disservice. 8 All Ireland senior medals, 5 club All-Ireland senior medals, 6 county titles, 3 All-Stars, 1 hurler of the year. To paraphrase Kieran Donaghy then, what do you think of that?

Of course the whole notion of being the greatest midfielder of all time is a bit of a misnomer. Even for someone who has only seen hurling in the last 30 years, there are the likes of Colin Lynch, Ciaran Carey and Ken McGrath who could easily pop into the conversation, but the most accurate comparison that could be made for the type of hurler Fennelly was, is probably from his own club.

Up until the current decade, ask a Kilkenny man in the 40-70 year age range who was the best midfielder they ever saw, and it was pretty much a given that the name Frank Cummins would be uttered. Cummins seemed to define the perfect midfielder of the past. A colossus who transferred from his own club in Knocktopher in the early 1970’s to Blackrock of Cork, Cummins had everything: size, strength, skill, an engine. But ask the same question now and the same people may not be so sure of an answer. Because the Ballyhale man that came after, was just as good if not better. Indeed when the Kilkenny People asked their readers to choose their All-star team of the last 50 years, it was a given that both Fennelly and Cummins names would be there in midfield. Thank christ they didn’t ask people to choose between them.

It didn’t come easy though. In the heyday of the Cody era, Fennelly highlighted the astonishing strength of depth that team had. Funnily enough, in the late 00’s it was harder to break onto the Kilkenny starting 15, than it was to win an All-Ireland medal with them. He had to compete with the likes of Derek Lyng, Cha Fitzpatrick and Michael Rice, multiple all-stars all, just to get his place in the side. And in only his second full season as a starter, 2011, he was so ready for the inter-county challenge, he ended up as hurler of the year.

If 2011 was Fennelly’s annus mirabalis, then it certainly wasn’t the only one. It’s amazing to think that he was 5 years on the Kilkenny panel before he became a regular. Or that he won an All-Ireland as captain (2009) without starting the final. But though his inter-county days were slow to start, they picked up speed quickly.

Fennelly was a newer breed of hurler. The man he effectively replaced in the Kilkenny team-his own clubmate James “Cha” Fitzpatrick-was a different type of midfielder. With Cha, it was all wrists. He didn’t move his body any more during the game than he had to. With Michael, there was immense power and endurance, but there was plenty of guile in those wrists too.

To paraphrase Kevin Keegan, Fennelly “used his strength. And that is his strength: his strength”. But if that became his trademark, that wasn’t always necessarily the case. If anything, early on in his inter-county life, the worry might have been he wasn’t strong enough. Well he overcame that fear and then some.

And it wasn’t just by accident either, the improvement was all deliberate. Fennelly dedicated both his working, and his sporting life, to becoming a better hurler. In his earlier days, he worked in the unromantic surroundings of Ulster Bank, before leaving that job to complete a master of science in sports performance in the University of Limerick, and he now works as a lecturer in Sports science in LIT. 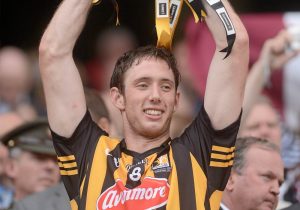 All that investment in knowledge about sporting performance paid off. Think back of some of the most memorable Kilkenny games of the past decade and Fennelly was often at the heart of them. He was the man who got that crucial goal before half time in the 2011 All-Ireland final against Tipperary, with one of his trademark lung bursting runs. He got a similar double against the same opposition in the 2013 League final at Nowlan Park. When the Cats were most vulnerable in the 2015 final against Galway, he, along with TJ Reid, was the one who dragged them through the storm. And in that classic 2016 semi-final replay against Waterford, he was again a powerhouse from the middle, before succumbing to all too familiar injury in the second half. The Cats were nowhere near the same in that year’s final without him.

That Achilles problem robbed him of game time for most of his final year as an inter-county hurler and in truth, his career has been on borrowed time for a long while. He struggled with ankle injuries in 2012 and 2013 and the back problems that had plagued him since the early part of this decade never fully went away. In an interview with the Irish Independent with Michael Verney he detailed how he came about this decision.

“It’s been in the back of my mind since the club final and then the whole Covid-19 thing happened too and gyms closed and there’s going to be no games for a while and that probably had a small bearing on it too,”

“But in the back of my mind I know my body is not there and able anymore, I’m not physically able and I’ve been getting by the last two years just about training week on week; it’s been a bit of a burden and a struggle to a certain degree too.

“I wasn’t enjoying it as much as I would have, and every training session was taking it out of me. I was just managing myself and trying to get through it. It would be very hard to go another year to try and get through it again.

“There’s more things wrong with me at the moment if I was to go back playing at that level so I just don’t want to be ending my career on an injury. I was always conscious of that. The time is right now to step away.”

When he finished as an inter-county player in the winter of 2017, many would have said he was in the winding down stage of his career. Well he just happened to win 2 All-Ireland senior club medals in the last 2 years, both as captain. That’s some winding down I can tell you that.

So with more medals than Michael Phelps and a job as Offaly manager to keep him occupied, it’s time for him to give those overaching limbs a rest. Farewell Michael. You’ve done the state some service. And god help who has to follow you!

Kilkenny will be delighted that they are still in the championship...