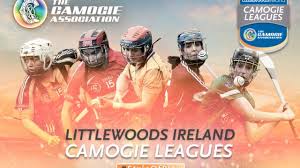 Sportstalk’s camogie pundit Lauren Guilfoyle hailed the live streaming of league games by Littlewoods as a success. Speaking on this week’s Sportsgirls Podcast, the Clare woman was overwhelmed by the interest the streams received.

She said: “It’s absolutely fantastic and the reaction that the live streaming has been getting is unprecedented. At the start of the National Camogie League we set the aim of 100,000 views and we have passed that by a lot. I think the official figures are going to be coming out this week, because Sunday was their last live stream of that competition.”

Lauren revealed that Littlewoods will stream games again next year and she hopes that the championship games could be streamed too: “The interest is most definitely there from Littlewoods to continue that next year. Obviously their sponsorship of camogie has ended for this year after the upcoming league finals. I really do hope that there is something implemented, be it from the Camogie Association or sponsors, or a combined effort that this is continued into the summer. We don’t get to see anymore televised camogie until the quarter-finals stage and that’s not going to be until August.”

The interest was there for streaming and the numbers speak for themselves: “The desire was there to have them and they most definitely have been answered in terms of the viewership. I think there was 40 to 50,000 on some of the earlier live streams,” said Lauren.