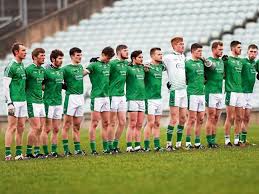 Limerick got their 2019 campaign off and running after they saw off an impressive London side at Ruislip. There was very little between both sides as there was nothing to separate them at the interval, with both teams deadlocked at 0-5 apiece.

It was a game that could have gone either way but the Shannonsiders showed their class on the day as they came away with a one -point victory.

As for London they can be very proud of themselves for putting up a tough battle. There is a still along way to go in the league and I am pretty sure there will be many more twists and turns to come.