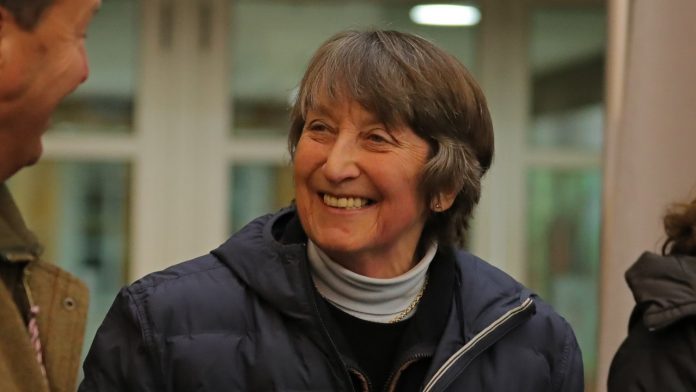 Henrietta Knight has given her backing to Galvin to land the Boodles Cheltenham Gold Cup. The legendary trainer also tipped Al Boum Photo to do well and could land the contest for the third time.
Galvin landed the Grade 1 Savills Chase at Christmas and is 7 to 2 second favourite for the race behind A Plus Tard.
Knight said she would love to see Gordon Elliott’s trained horse land the prize. She believed Al Boum Photo could not be ruled out, after finishing third last year.
Speaking on the Racing Post’s What a Shout show Knight said: “I’d love to see Galvin win. He’s a fine-looking horse and he’s gone from strength to strength, and I think it’d be very fitting if he won for his owner Ronnie Bartlett. He jumps, he stays and he’s shown his liking for Cheltenham by winning there last year.
“A Plus Tard and Minella Indo clearly like Cheltenham too having won there before, but I wouldn’t discard Al Boum Photo. I think he’s been very carefully prepared yet again and I think he will run a big race and he could well win.”