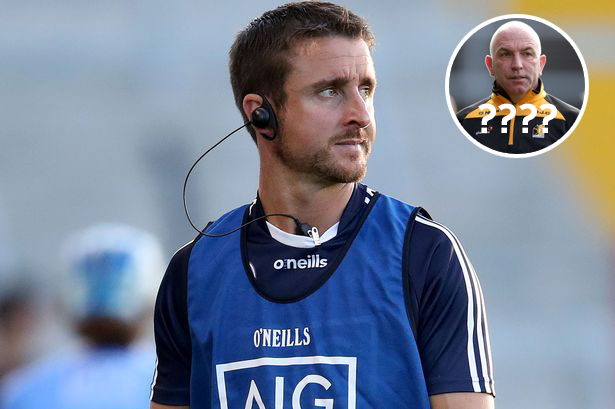 On our first episode of PlayOn with Aisling O’Reilly we chat to Cats duo David Herity and Grace Walsh.

David gives hs views on the recent appointment of DJ Carey to the management of Kilkenny Senior hurling for the 2020 season.

DJ Carey is a name that we are all very familiar with when it comes to Kilkenny hurling. At the end of an elusive playing career the nine time All-Star turned to management taking charge of the Kilkenny under-20 and minor footballer’s and one his most memorable management achievements was back in 2017 when it brought Carlow IT all the way to a first ever Fitzgibbon Cup final in 2017.

They were beaten in the final on that occasion, but the Gowran man would go on to achieve Leinster glory with the under 20 side this year. Over the years it was often spoke about that should and when the great Brian Cody decides to retire that DJ would be the perfect candidate to take on role as manager.

In October 2019 it must of came as a shock to DJ when Senior manager Brian Cody had decided to include the former All-Start as part of his backroom team as selector for the new campaign.

DJ recalls after stepping aside from his position as the under-20 mangers as he wanted to take a break, he calls a few days later that he received a phone call from Brian asking that could he meet him at this stage DJ didn’t know why Brian was calling as he didn’t give too much away on the phone. While DJ has no ambitions to be a replacement for Brian whenever he decides to step down, DJ says “He’s glad to be able to help others achieve on the field.

This year saw the cats relinquish their Allianz League crown in the spring, and after two titanic battles against Wexford in the Leinster Championship eventually losing out the cat’s bounced back as they renewed their rival with Cork in Cork park for the first time since losing to them at the Quarter-Final stage in 2013. Then went on to dethrone the champions Limerick in which was their best performance all year. In the final they faced old rivals Tipperary in a game in which they were totally outclassed on the day.

It’s going to be interesting to see what new changes DJ will bring to his role as selector to the senior team, while five-time winner and former Kilkenny Goalkeeper David Herity gave his taught on the appointment of DJ to the Kilkenny senior hurling team. David taught it was an unusual choice that DJ was appointed, and that DJ is a superb player after Noel Hickey and that DJ was a different player compared to the rest and no one had the speed to catch up to him.

David also touched on the matter that DJ had taken over the u-21 team and that bringing in another manager is usually in the fact that he is replacing Mick Dempsey who is a superb coach and that he can’t imagine DJ doing skills and team-based drills. David also taught that the minor manager should have been the appointed to the role that DJ has.

Now while DJ son is in around the panel, he emphasized on the fact that Brian would have told him to forget about it and come on board.

The fact that there has been no u-21 All-Ireland success in Kilkenny David added is unheard of in Kilkenny and with DJ now been part of the senior set up “I don’t know about that.

DIVISION 1A IS NOW A BLOOD SPORT