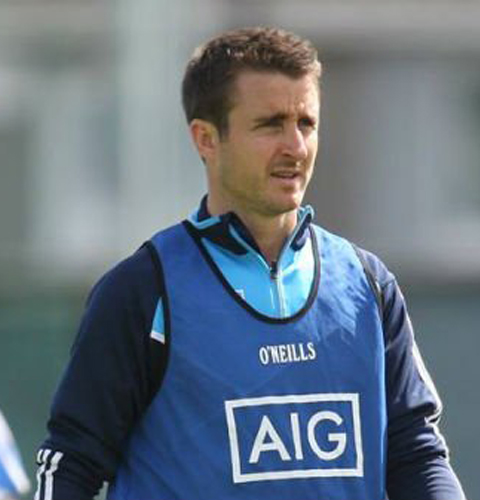 For 40 minutes Dublin looked to be heading for a comfortable win as they led Waterford 13 points to 7. But the final 20 minutes saw a Waterford fight back as they outscored the visitors 1-3 to 0-1. With 5 minutes of injury time finally coming to an end it was relief all around for the Dublin players and management as they go into their final group game still with a chance of making the knockout stages of this year’s Liberty Insurance All-Ireland championship.

Dublin got off to a great start and dominated opening proceedings with points from Emma Flanagan and Aisling Maher to open up an early lead. Once again Dublin goalkeeper Faye McCarthy was on the scoresheet as she finished the game with a personal tally of 4 points all from placed balls in what is proving to be a real advantage for her side. Beth Carton got Waterford off the mark in the 8th minute with a pointed free of her own but the first half belong to Dublin as they led 10 points to 4 at the interval.

In the second half scores from Niamh Rocket and Becky Kavanagh reduced Dublin’s lead before David Herity’s side responded with points from Ali Twomey and Aisling Maher. This left the score at 0-13 0-5 but surprisingly in the remaining 20 minutes Dublin could only muster up a further 2 points. Instead it was Waterford who spurned into life thanks to scores from Beth Carton and Aine Lyng. Dublin defence held strong though led by Arleen Cusheen, Eve O’Brien and Grainne Quinn.

A point from Aisling Maher, her 5th of the game and another trademark long distance free from Faye McCarthy put Dublin 6 clear again on the 60th minute. There were nervous moments for Dublin when Carton pointed a free and then Aine Lyng shook the Dublin net with a free from 30 metres but the visitors held out to record a deserving victory 0-15 1-10.

Champions law down a marker