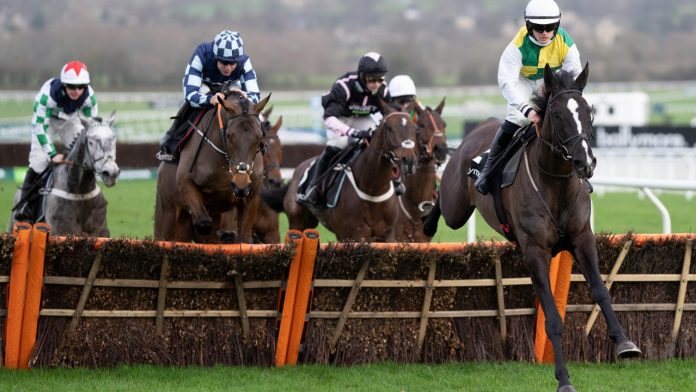 After his poor run in the Albert Bartlett at the Cheltenham Festival, Hillcrest will not run again this season.
The seven year old was unbeaten in all of his starts over hurdles and was the 9 to 4 favourite for Cheltenham success.
The British horse trained by Henry Daly made a slow start on Friday and was pulled up on the second circuit.
Daly couldn’t find the answers to what happened the horse. He said: “I’d stop worrying. He is fine. We are going to take some bloods on Monday and run some tests on him. But the plan is to school him over fences while the ground is nice at home and them turn him away for the summer.
“I’m afraid we have found nothing as yet. I don’t know what happened. He was never travelling, he never entered the contest and I can’t explain it. It was one of those days, maybe he woke up with a headache!
“There is nothing apparent. He just didn’t seem to travel, but he will school over fences and go that route now. That is the plan at the moment.”

Kelleher the penalty hero for Liverpool