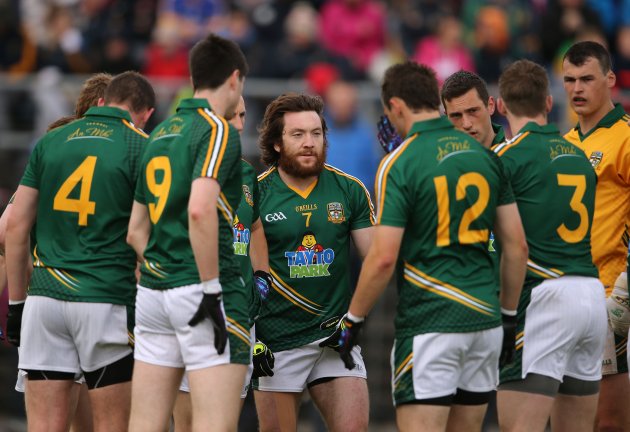 “Free kicks to decide a GAA match, sure it’ll never happen.” That’s what I heard a few times when the GAA hierarchy introduced this novel concept. Little did we know that it would happen as early as the 14th of January and in the O’Byrne Cup.

This year’s O’Byrne Cup is already making history with the fact the 2018 competition started in 2017.

After a dire and woeful first half in normal time the O’Byrne Cup semi-final clash between Meath and Longford in Navan really livened up a lot. With both defences trying to soak all the energy out of their opposition Longford held a four point lead going in at the break.

Meath turned it around and were ahead by three in the 61st minute. Longford hit back and with just seconds to go Robbie Smyth brought the game into extra-time.

In the 89th minute Michael Quinn scored a goal and right at the death he kicked over a fine point to draw the game and so history beckoned.

The PA announced the rules; 5 kicks each from the 45 metre line either from the ground or the hand. If it was level at the end then sudden death kicks. Yes, all this to decide a match.

With darkness descending on Pairc Tailteann the counties decided who would take their kicks. Facing into an empty goal with just two umpires either side Meath’s Sean Tobin put his effort wide, Longford’s Robbie Smyth followed suit. Mark McCabe found range with his free as did Sean McCormack for Longford. All square. Cillian O’Sullivan put Meath ahead while Longford keeper Paddy Collum missed his kick. Meath’s James McEntee failed to kick over his free as did Longford’s James McGivney and it was all over, Meath through to the O’Byrne Cup Final by defeating Longford 2-1 on free-kicks.

There has been lots of reaction to the kicks from players, managers and supporters. The big thing was the fact players had to take pressure kicks in the dark and that they were from the 45 metre line after an energy sapping 90 plus minutes of football. The absence of a keeper made the concept bizarre in ways.

Free kicks could decide a lot of games this year; big games with a lot at stake. Is this the best alternative to a replay we have?