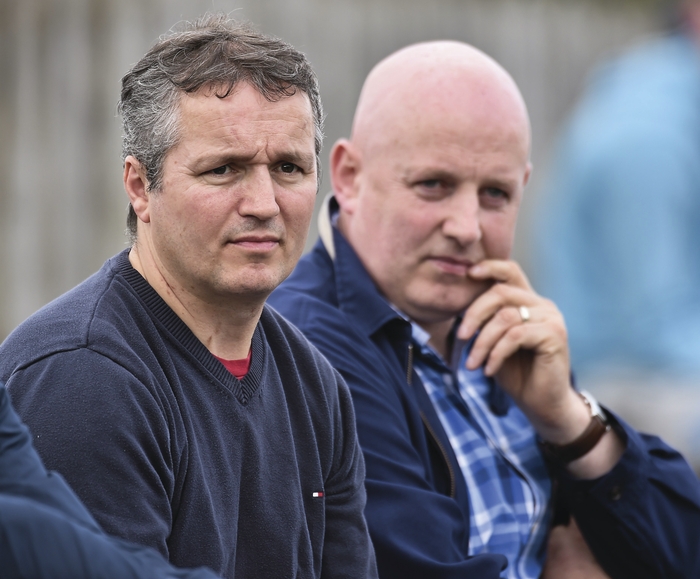 HOLMES, CONNELLY AND THE CONUNDRUM OF THE TOUGHEST TRADE

When Noel Connelly and Pat Holmes came out in the Irish Independent pre-Christmas and lambasted the Mayo football squad for the way they were unceremoniously axed the year previously (http://www.independent.ie/sport/gaelic-games/gaelic-football/holmesconnelly-on-mayo-revolt-aidan-osheas-selection-email-seamus-lobbying-for-hennelly-and-clashes-over-mass-times-35301012.html)  there were 2 ways of looking at the situation. You either thought A) These were two brave and honourable men who had been harshly treated or B) They were acting like a pair of scorned lovers bitter about being dumped.

Wherever you stood on the piece probably depended on your general feeling towards player strikes. Maybe if you were from Cork, and your name wasn’t Frank Murphy, you would have approved of the action. Or perhaps a Galwayman or woman might have agreed it was the right thing to do, although since Anthony Cunningham was ousted in favour of Michael O’Donoghue in late 2015, their success hasn’t changed notably.

Among the numerous complaints Connelly and Holmes had in their piece was the idea that the Mayo squad, or certain members of it, almost acted as if they wanted to manage themselves. Such behaviour would never be tolerated in Dublin, Kerry, Kilkenny et al but there were still rumours of it swirling around with the new management team last summer. There was also a derogatory statement mentioning some players were more concerned with “twitter followers” and that “unless egos aren’t checked and outside influences curbed, the problems will continue”

One specific problem they had, related to the television programme “The Toughest Trade”. Aidan O’Shea and Rob Hennelly were contacted by the producers of the programme asking if they would like to participate in learning a new sport, but it was vetoed by the management team on the basis that the season had started and all that now mattered to Mayo was winning matches. While O’Shea did not appear on the show, during the joint managers’ reign, he did star in it in 2016.

The Toughest Trade is a television programme initiated by TG4 in 2015 with the expressed idea of showing the contrast of elite sportsmen playing different sports. It’s a good concept, and an interesting programme, but there is a disparity between the perspectives of both sides.

Evidently there is a reason why the exponents from other sports (ex-footballer David Bentley, ex-NFL player Roberto Wallace etc) are retired. For any professional team worth its salt, the idea of allowing one of their players play another sport during the season would be treachery. Why would you let your player interrupt his season, to try another code, when he could lose his training rhythm, or worse, pick up an injury? So why would GAA teams, who often see themselves as near professional outfits, allow themselves to do it?

The obvious answer to that is that all of the players who partake in the programme are amateurs and have a right to pick and choose what they please. If someone offered you the chance to train professionally, for a number of weeks, in America or Australia you would take it wouldn’t you? But each case is different.

Of the four GAA players who appeared in the programme, Jackie Tyrrell was probably the one with least case to answer. The Kilkenny players are so successful and lionized within their county, that the idea of one of them spending a week away in a foreign country would not cause an eyelid to be batted. For Aaron Kernan in Crossmaglen it’s something similar. He has won three Club All-Irelands and was already retired from inter-county duty when he appeared on the show. Brendan Maher may have raised a couple of eyebrows in Tipperary with his idea to break up his training in 2016 by playing another sport but he answered in the best possible way: by captaining his team to an All-Ireland. And of course, he already was a pivotal member of their last success in 2010.

Which leaves Mayo’s Aidan O’Shea. Did the week he spent working on the Toughest Trade adversely affect his preparation for 2016? Maybe not, but the problem is that as regards O’Shea’s own performance in the year, there was a noticeable drop off. The Breaffy giant was an All-Star winner in 2015, but last year his form never scaled the same heights.

Kieran Shannon wrote an excellent piece after the All-Ireland defeat, suggesting that the Mayo management weren’t challenging O’Shea enough to better himself http://www.irishexaminer.com/sport/columnists/kieran-shannon/kieran-shannon-the-hard-questions-mayo-must-ask-to-reach-the-summit-424069.html From being a scoring machine the year previously, in 2016, he struggled to get on the scoreboard. Now of course, you couldn’t say that the slide was purely down to him doing an extra-curricular show. But when a county is looking for scapegoats, any stick will be used to beat someone with.

In the new season of the Toughest Trade Donegal’s Michael Murphy will be featuring playing rugby. Murphy certainly has the physicality for the game, but it would be interesting to get Rory Gallagher’s opinion of what he actually thinks of Murphy appearing on the show. Because it’s not so much the issue of Aidan O’Shea or anybody else appearing on these programs that’s the problem, but the idea of strikes and player power in general. Simply put, how much rope do you give players, before it starts to undermine your own authority?

The fact of the matter is that with any player strike the end justifies the means. The Cork hurling protest of 2002 would have to be deemed a success as it preceded one of the counties’ most successful periods in the last 30 years between 2003-06. Likewise in 1998, the Offaly hurlers revolted against Babs Keating mid-season and transformed an otherwise unremarkable year into an All-Ireland winning one.

Then again both Cork footballers and hurlers followed up their strikes with reprisals in the following years without the same level of results. Mayo and Galway have tried the striking route, but there is still no evidence that either has proven justified. You can’t say it’s entirely ridiculous to have a strike, but neither is it unanimously beneficial either.

Likewise, as regards appearing on television shows mid-season, there is no hard or fast rule on it. Some players gain mass exposure on television and print media without any effect on their performance. On the other hand you have someone like Stephen Cluxton who has never done an interview of any kind in his whole footballing career. It doesn’t seem to have done him much harm.

The idea that what Holmes and Connelly did was for the good of Mayo football is one that is open to debate. The only way for Aidan O’Shea and co to truly answer that question is to win the All-Ireland this year. Then no one will care if their players show up on Big Brother or Strictly Come Dancing. Once you’re winning, you’re free to do whatever you want.