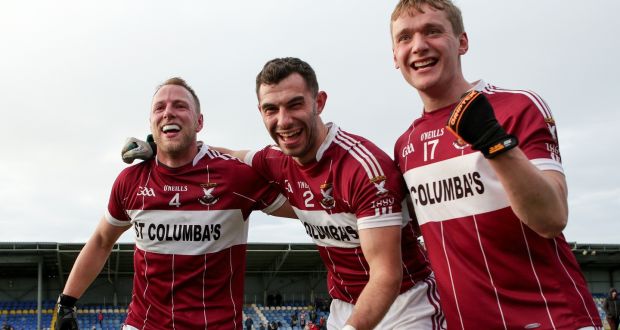 Longford club St. Columba’s Mullinalaghta captured the hearts and minds of everyone when against the odds they defeated Kilmacud Crokes in the Leinster Final in 2018 to become the first club from the Midlands County to win a provincial title.

Mullinalaghta’s story was remarkable. The North Longford parish has a population of about 450. It is unique in that it’s a half parish with the other half being Gowna in Co. Cavan. There’s Keogh’s pub, the church, community hall and school but the heartbeat of the area is their football club; St. Columba’s.

In 2016 they won the Longford Senior Football title for the first time in 66 years. In 2018 they claimed their third county title in a row before winning the Leinster title.

Deniese O’Flaherty is a freelance sports journalist based in Longford and was lucky to join Mullinalaghta on their amazing journey. During lockdown she decided to make a documentary re-living Mullinalaghta’s glory days from that county title win in 2016, right up to their All-Ireland Club semi-final defeat to Dr Crokes in 2019.

Sportstalk Podcasts · Mullinalaghta – How The Underdog Found Its Bite