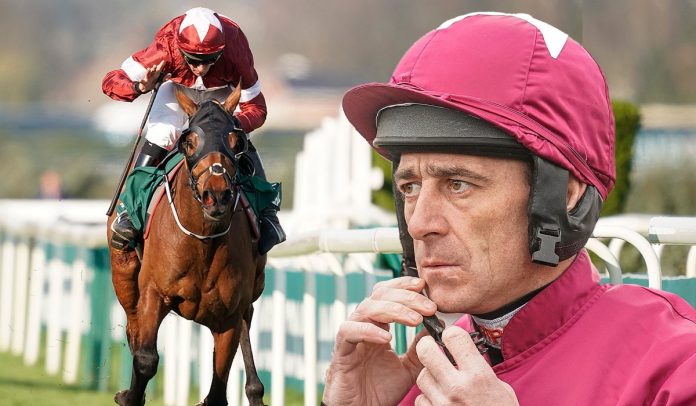 Profession horse racing jockey Davy Russell has spoken about how tough it was for him to miss Cheltenham this year.

The Youghal native is on the road to full recovery after suffering a serious neck injury in October last year at the Munster National in Limerick. His fall at the first fence resulted in Russell fracturing and dislocating vertebrae in the fall.

Russell is currently recuperating at home in Youghal after coming close to the sorts of disaster that puts into context missing the Fairyhouse races next week.

Speaking to Aishing O’Reilly on PlayOn live the triple-champion jockey mentioned that he was hoping to be back in time for Cheltenham but was gutted to miss it as he is not fully recovered from his fall.

You can listen to Davy interview on Instagram on sportstalk.ie

Conflated to run in Ryanair Chase, not the Gold Cup