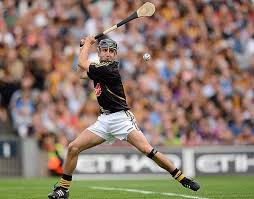 On Saturday night Kilkenny started their 4th quest of a 3 in a row under Brian Cody. Only once, in 2008 had previously been successful while the other two were scuppered at Leinster semi final stage; in ’04 by Wexford and in ’13 by Dublin meaning Kilkenny went the scenic route and eventually came up short along the way. Many may foolishly believe that with the vast success Kilkenny have had under Brian Cody that they take winning for granted. Perhaps people might think that with 40 trophies so far, the few defeats are water off a duck’s back.

Quite the opposite in fact and no doubt those two previous semi final defeats, the most recent to Dublin in ’13 will have had management and players on high alert and raring for revenge. On Saturday like so often before Kilkenny delivered and delivered emphatically. While the story of this year’s championship has been smothered with talk of tactics, sweepers and blanket defences, Kilkenny played the only way they know with hard work, hunger and playing as a unit. Despite only leading by a point at half time it was clear Kilkenny were slowly moving up through the gears and that Dublin’s over reliance on David Treacy frees and failure the capitalise on the wind would haunt them in the second half. Ten minutes and 1.08 to no score later into the second half and it was game over for Dublin.

Having been lucky enough to have been in the dressing room at halftime under Brian and played with these players one thing is for certain, for the opposition to have any chance they had to come with a game plan and deliver it to perfection in the first half leaving them with breathing space facing into the second half. Otherwise Kilkenny will rally, assess the leakages and take to the field a new beast in the 2nd half. Like the all Ireland of last year, Kilkenny did just that once again. On a night when few put a foot wrong, Jonjoe Farrell proved the hero with 1.05. He was finally rewarded for years of hard work, patience and some great league campaigns to lay down the marker that he can fill the void that injured Ger Aylward and retired Richie Power have left.

Dublin must now look towards the qualifiers and the biggest question Ger Cunningham and management must answer is whether to stick with their short ball attack strategy or change to plan B. With ball winners like Danny Sutcliffe and Colm Cronin unavailable for different personal reasons it’s difficult to see who they will employ in the half forward line to now contest the longer puck outs and clearances. On Saturday when Dublin deviated from their short puck out plan their route one approach was gobbled up time and time again by Kilkennys Walsh, Joyce and Buckley. Their future competitors will surely aim to squeeze up on the short puck outs like Kilkenny did so successfully last night and replicate this. At times Kilkenny had pushed up and intercepted the stray puck out and had it back over the bar before TV replays could finish showing the last shot. It’s not all doom and gloom for Dublin as they’ll look at the positive displays of Cian O Callaghan and Liam Rushe in defence. Is there a better centre back in the country right now? They know that with a favourable draw they have the chance to regroup.

For Kilkenny, already the management’s focus will be on the first Sunday in July and the completely different challenge Galway (more than likely) will bring. Eoin Larkin and Michael Fennelly got valuable playing time under their belts. No doubt as Brian looks into his box of incentives he will remind the players of the last time Kilkenny faced Galway in 2012 after disposing of Dublin easily in the semi – a day when Galway sprung from the box to lead by 2.10 to 1pt after 18 minutes. They will know only too well the importance a win and a straight path through to another all Ireland is for the team. A weekend of celebrating for the players and it’ll be heads down and focused for their usual Monday regroup as they march on. And going by Saturday’s result it’ll be September before it ends!

Cats to pull off “shock” victory

Hurling Championship Preview: Down hopeful after win over Roscommon