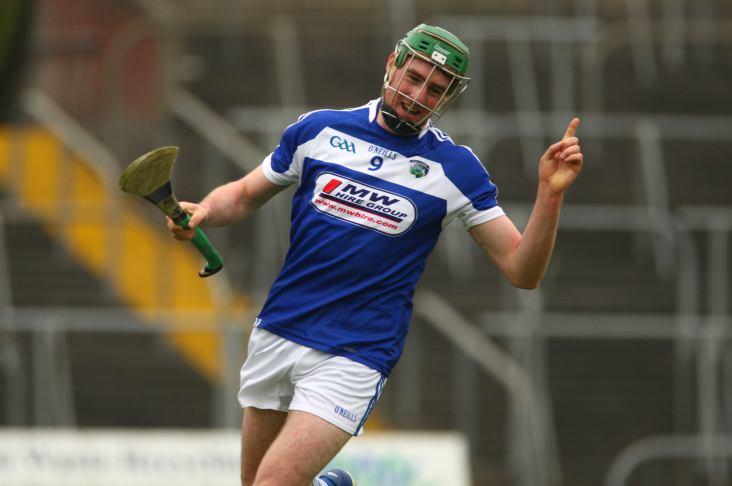 Laois booked their place in the Leinster Senior Hurling Quarter Final with a win over Kerry on Saturday. This clash was basically a winner takes all as both teams needed a win to secure a quarter final spot in the provincial championship. Ross King was main difference between the sides as his accuracy from frees and constant fouling from the Kerry defence proving decisive.

Laois got a great start with Neill Foyle grabbing a goal inside the opening 2 minutes, but the Kingdom fought back thanks to points from Shane Nolan (two frees), Jordan Conway and Mikey Boyle. It was 1-01 to 0-04 after 5 minutes. Shane Nolan and Ross King exchanged three points each for their respective sides, before Paddy Purcell pointed for Laois. However, Nolan pointed again for the Kingdom, 0-08 to 1-05 after 25 minutes. It wasn’t until injury time that the next score arrived, courtesy of a point from Laois corner forward Aaron Dunphy. Kerry responded in devastating fashion though, they grabbed two goals, both coming from Shane Nolan in added time.

That meant Kerry had a 4 point lead at half time 2-08 to 1-01. Kerry didn’t build on that good end to first half though, instead Laois got the better start in the second half. Paddy Purcell grabbed a Laois goal on 40 minutes to put them back in the driving seat 2-10 to 2-08. King added three more points from frees, while Purcell and Stephen Maher also pointed. They now led by six, 2-15 to 2-09, Kerry also had Sean Weir sent off in that period on 44 minutes and their chances of reaching a quarter final was severely blown.

Mikey Boyle grabbed a goal from a 25 metre free and the gap was back to three. However, late points from Ross King and sub Stephen Bergin were enough to see Laois get over the line in Tralee and book a quarter final with Davy Fitzgerald’s Wexford in two weeks’ time

Player of Match: Ross King, 0-13 points in a fine performance. He was the difference between the sides.

If The GAA Wants To Promote Hurling, Why Is The Joe...