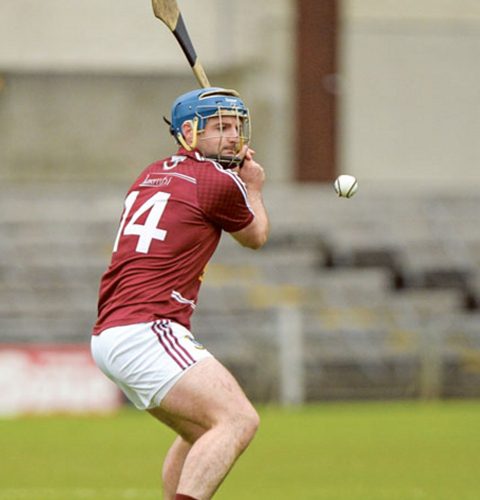 Westmeath despite losing their opening two games in the round robin to Laois and Kerry booked a quarter final spot against Offaly after defeating Meath by two points on Saturday in Cusack Park, Mullingar.

A loss for Westmeath would have meant they would have been relegated to the Christy Ring Cup for 2018. They showed some good form in patches to be fair to them though, taking some nice scores and putting together some nice moves from the back. Westmeath were 0-9 to 0-06 ahead at half time, of some good free taking from full forward Alan Devine. Westmeath had Derek McNicholas sent off in the first half, as well as playing against the wind, so manager Michael Ryan would have been happy with the lad at half time.

However, Meath powered back into the game in the second half and with just 20 minutes to go the gap was down to a single point, 0-13 to 0-12, Stephen Clynch and Adam Gannon getting vital points from the Royals.  However, it was Killian Doyle who was the match winner for Westmeath who scored a nice goal after been assisted by Aonghus Clarke. The Lake County added three further points to stretch the lead out to seven and they thought they were home and dry.

However, Meath fought back, Darragh Kelly at full back was immense, and they fired three points over in a row with Gannon and Clynch converting scores once again. Meath could have goaled as well only for a good block by Paul Greville on Adam Gannon. Sean Quigley got two frees to bring the Royals within two, but that wasn’t enough to save their status in the Leinster Championship as they bow out and will make a return to the Christy Ring Cup in 2018. For the Lake County they will play Offaly in two weeks’ time where they will be hoping for a much better performance.

Player of Match: Killian Dole, scorer of a vital goal and three points, difference between the sides.