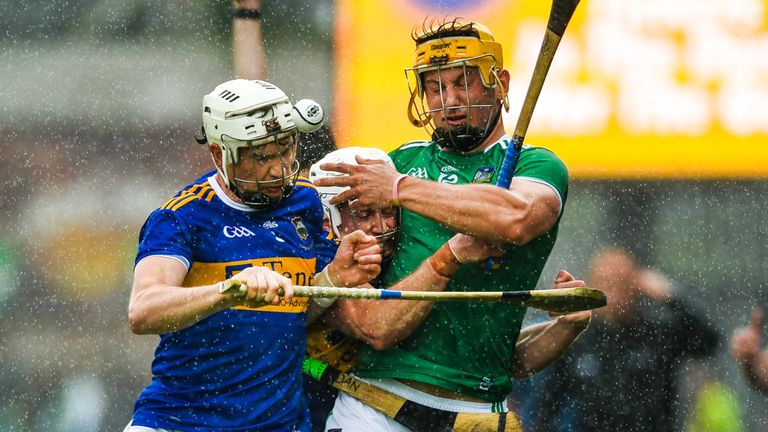 So what do you make of it so far? It hasn’t been great has it, the All-Ireland senior hurling championship? Certainly, it’s been nowhere near the standard of “The greatest championship of all time©” that we had last year, particularly in Munster. Thank goodness then, for the drama of Parnell Park and Wexford Park last week. Who’d have thought, after all these years, after the predictability of the 00’s in particular, that Leinster would have the more competitive provincial championship?

On saying that though, there’s plenty to look forward to from here on in. Unlike some competitions (ie, the football championship) there isn’t one standout favourite amongst the remaining teams. That can only be a good thing, so while these 8 sides (I’ve included Laois and Westmeath from the Joe McDonagh) are arranged in my particular order, there’s plenty of arguments for them to be put in another. But who will surprise us and who will disappoint us from now on? The fun is in the finding out.

It’s theirs to lose, but that doesn’t necessarily mean they won’t. I mean, we’ve been here before right? 2011, 2014, 2017. There’s rarely been a year this decade actually, when the Premier weren’t fancied to do it, or at least, go very close. Funnily enough, considering their league form, this would have been one of the last years I would have backed Tipperary. Say what you like about Liam Sheedy and Eamonn O’Shea though, these men are shrewd hurling operators. Considering the performances of their forwards, in particular, until now, they’ve earned the favourites tag.

Even still, one can’t underestimate how much of a loss Bonner Maher is. Tipperary have a lot of great forwards. They only have one great ball winner in the forwards though, and now they’re without him. There’s a slight worry about Cathal Barrett too, but perhaps the overriding concern is what was referenced before: Tipperary have lost more than they should over the past decade and despite all their talent, it’s hard to have unbridled confidence in them. Could they be spooked by, Kilkenny say, in an All-Ireland semi-final or final? It’s very possible. Favourites alright, but tentative ones. 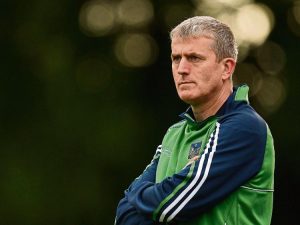 To which the only argument can be….this is the world we’re in guys. Sure Offaly won an All-Ireland in 1998 after losing 2 games when they were only allowed to lose (at most) 1. Manchester City won the Premier League title this year after losing 4 games while the runners up, Liverpool, were defeated in just a single game. And yes, I know I’m a heathen for even introducing foreign sports into the conversation, but the point is still valid. You play within the rules of the competition, and thus far, Limerick have done exactly that.

The question is though, are Limerick as good as last year? It was the strength of their panel that won it for them then, and those guys, along with the likes of Paddy O’Loughlin, Robbie Hanley et al, looked absolutely exceptional in the league. How many have operated at the same level in the championship thus far though? On the basis that they’re in the Munster final, that they’re league and All-Ireland champions, they deserve to be second in the rankings. But they’re certainly not going to win it playing like they have until now.

Number 3? After only scraping through Munster? After losing to Tippeary and Clare? Ahead of all the teams in Leinster? Are you losing your mind?

If there’s been one consistent argument heard over the last 2 and a bit years it’s that “there’s something lacking in Cork”. Then again, which side left in the Championship doesn’t have weaknesses? Ever since Kilkenny finally fell off the throne after 2015, there hasn’t been a team out there, with the perfect blend of exceptional ability and extreme mental toughness. Now there’s no doubt Cork have the hurlers, but one thing that’s been overlooked, is that they’re actually one of the most consistent teams around. They’re the only team left to have reached the semi-finals in the last 2 years. They’ve got one of the best hurlers in the country in the form of Patrick Horgan, and while their performances against Clare and Tipperary, in particular, were worrying, the one match they really needed to win, away against Limerick, they did.

So they only finished third in Munster? No big deal, sure Limerick did the same last time around. Want another omen why it could be their year? Well since the GAA was formed there’s never been a full decade (from 1890’s onwards) when Cork haven’t won a hurling All-Ireland. Now history counts for little we know, but Cork have been knocking on the door for a while now and sooner or later, something’s got to give.

Hmmmm. There were a few people getting a bit excitable after the first couple of games, particularly considering how much the others seemed to be struggling, but that’s died down a bit now. Listen, we know what you’re getting with Cody’s Kilkenny. Honesty of effort, a serious team, a spirit that will never be broken. TJ’s brilliance, Eoin Murphy stopping bullets, Padraig Walsh plucking balls out of the sky like some other lad who played for them a few years ago. That’s a given. Is that enough though?

There’s hardly going to be a team that fancies playing them from hereon in. Yet look at Kilkenny’s forward line and compare it to Limerick, Tipp or Cork’s. It’s hard to make the argument that it’s better. Maybe if Walter Walsh came back to form, if Colin Fennelly springs into life, if Richie Hogan can last a full match or Adrian Mullen can continue like he did in the Wexford game, there’s hope. That just seems like too many “what ifs” though. 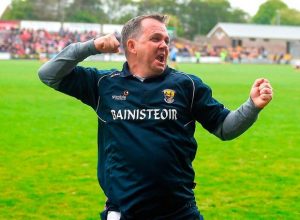 5th in the rankings despite being one of only 2 undefeated teams left in the championship? Call it harsh if you want, but then again you could equally argue they’re through to a Leinster final having only beaten Carlow. Even though you couldn’t complain about their consistency so far, question marks remain. For instance, why are they still playing an extra defender when they’re at home and have a strong wind at their backs?

Now there’s a lot to admire about what Davy’s done since he went down to Wexford. Just look at their fitness levels, the energization of the crowd (have a gawk at the attendance figure for next week’s Leinster final for example), the ability of their half backs and midfielders, such as Diarmuid O’Keeffe, to get forward and score points. Unless there’s a bit more faith placed in the attackers though, a la Conor McDonald, it’s still hard to see them climbing up the steps of the Hogan Stand in August. The reason Davy won the All-Ireland in 2013 is that he had an ace up his sleeve (Shane O’Donnell) to score goals for him. Any chance of a similar trick this time?

Nothing beats being there. That’s the tagline for the All-Ireland championship, and it could have been displayed on a billboard all over Donnycarney last weekend. The Dublin senior hurling project has been a long, and at times, torturous one, particularly during the Ger Cunningham period, but there could have been few victories sweeter than the one achieved in Parnell Park last Saturday evening. What made it so rewarding was that the Dubs had 5 attempts to beat one of their more vaunted opponents over the last 2 years and, though they’d never lost by more than 5 points, they hadn’t managed it. Then at the sixth attempt, they finally did.

Considering it’s only been his first year at the helm, anything from here on for Mattie Kenny is probably a bonus. You couldn’t say you’d fancy them in a quarter final against Limerick or Tipperary. Then again, Dublin didn’t disgrace themselves in the league semi-final against Limerick a few months ago and were the last team to beat Tipperary in the quarter final then. A psychological advantage maybe? Only time will tell. 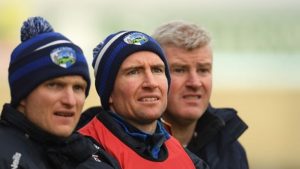 There’s a lot to admire about what Eddie Brennan has done so far and, in a way it may be a bit of a poisoned chalice if they got promoted to the top tier. Could next year be one of heavy beatings and relegation? It could be, but best not think about that yet. There’s work to be done still.

They’re nothing if not consistent Westmeath. Joe McDonagh cup finalists last year, followed up with another final outing this one. The only problem is, they did happen to give their worst performance of the season in that game last year, so they will be desperate to make amends this time.

It’s going to be a 50/50 game next weekend and considering they drew against each other in their final group game it’s a toss of a coin as to who takes the spoils. Westmeath lost 2 finals last year, but they won the Division 2 title earlier on in the season, so that may give them heart this is their time.