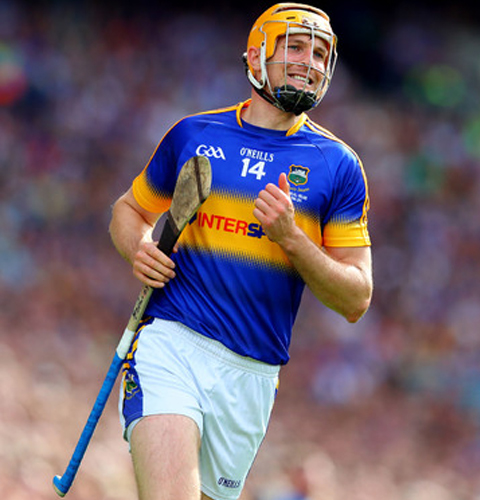 Tipperary put Offaly to sword as expected by many on Sunday afternoon in Tullamore. Seamus Callanan was chief scorer, scoring 2-11 for the 2016 All-Ireland Champions. Tipperary who will meet Wexford in two weeks’ time in the semi-final did pretty much as they pleased against the Faithful. Callanan had 1-06 to his name in the opening half and the visitors went in at the break 1-14 to 0-07 ahead. Tipperary piled on the misery in the second half with 3 further goals from Callanan, Steven O’Brien and Paul Flynn who came on as a substitute.

The Premier were leading at one stage by 25 points, but two goals from Shane Dooley and Oisin Kelly added some respectably to the scoreboard.

In fact Dooley helped himself to 2-08 out of the Offaly total. Tipperary march on to a semi-final in two weeks, while Offaly who had a dismal campaign only winning one game will look towards the round robin in Leinster.

The best players for Tipperary on the day were Seamus Callanan, Niall O’Meara and Michael Breen, while for Offaly, Shane Dooley, Sean Ryan and Paddy Rigney played well.

Player of the Match: Seamus Callanan – easily the best player on the pitch, hitting 2-11 in any game would be worthy of a man of the match award.