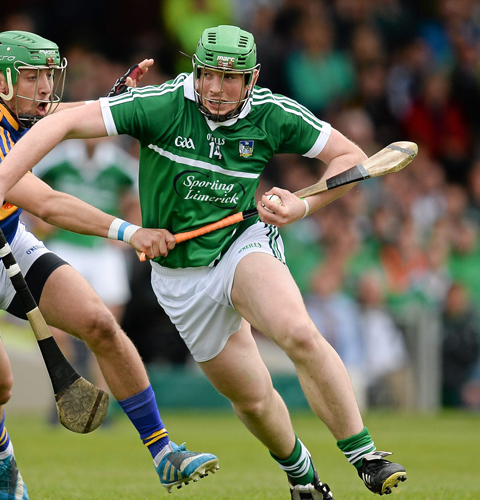 Limerick edged out Cork in close encounter in Pairc Ui Rinn on Sunday last and will go on to meet Galway in the semi-finals. The game was nip and tuck throughout and the lead changed no fewer than 9 times. Patrick Horgan got the side’s level at 1-17 each, before Kyle Hayes, Gearoid Hegarty and John Fitzgibbon put the game to bed, Cork couldn’t get a much needed goal in the dying seconds. Limerick started the game well to be fair and were leading by 1-04 to 0-02 after 10 minutes, however Cork responded in fine fashion scoring an unanswered 1-05. The goal coming from Luke Meade.

However, Limerick again responded, with four points of their own, to put the Shannonsiders a points ahead, however Alan Cadogan had the final say of the half to leave the sides level 1-09 each at the break. The game remained close in the second half and Hegarty and Dowling put Limerick two points ahead, however with 3 minutes left Horgan knocked over scores to leave the game level once again, 1-19 apiece. However, Limerick had the final say, with points from Hayes, Hegarty and Fitzgibbon giving them the win.

Player of the Match: Gearoid Hegarty, ultimately his four points from play was the difference between the sides, he worked hard throughout and got his rewards.

NHL Predicitions Week 4: Time for Tipp to get back on...