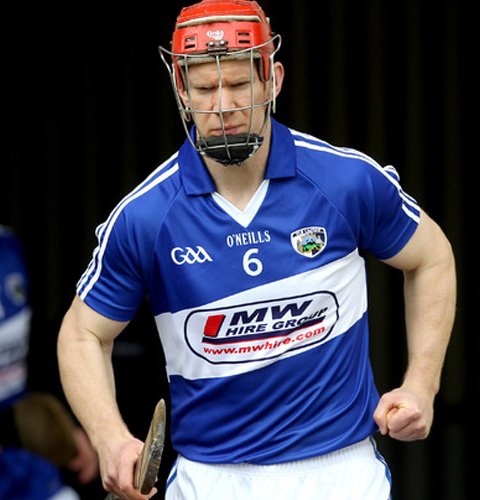 Laois will remain in Division 1B for 2018 having been pushed all the way by a gritty Kerry. In a game that last 100 minutes and 55 scores there was just one point to separate the sides at the end. Laois, who had Neill Foyle sent off, still went in at the break 1-15 to 2-06 ahead. The Laois goal came from Cha Dwyer, while the goals for Kerry came from Patrick Kelly and Jordan Conway. Ross King was superb from placed for Laois and he kept them ahead in the second half.

Laois looked to have done to seal the win thanks to points from Paddy Whelan and Enda Rowland, but the Kingdom battled all the way and a long range free from Kerry was then tumbled into the net by Rowland to force extra time. It finished at full time, Laois 1-23 Kerry 4-14. Laois were restored to 15 men for extra time, and went ahead 1-28 to 4-16 at the break in extra time. Kerry will feel hard done by having beat Laois in the group stage of the league, but they should be very proud, up until last weekend they had a chance of reaching a league quarter final.

The best players on the day for Laois were Ross King, Paddy Purcell and Cha Dwyer, while for Kerry, Patrick Kelly, Colum Harty and Padraig Boyle played well.

Player of the Match: Ross King, he was instrumental in the win scoring 0-12 for Laois, 0-05 of these came from play.