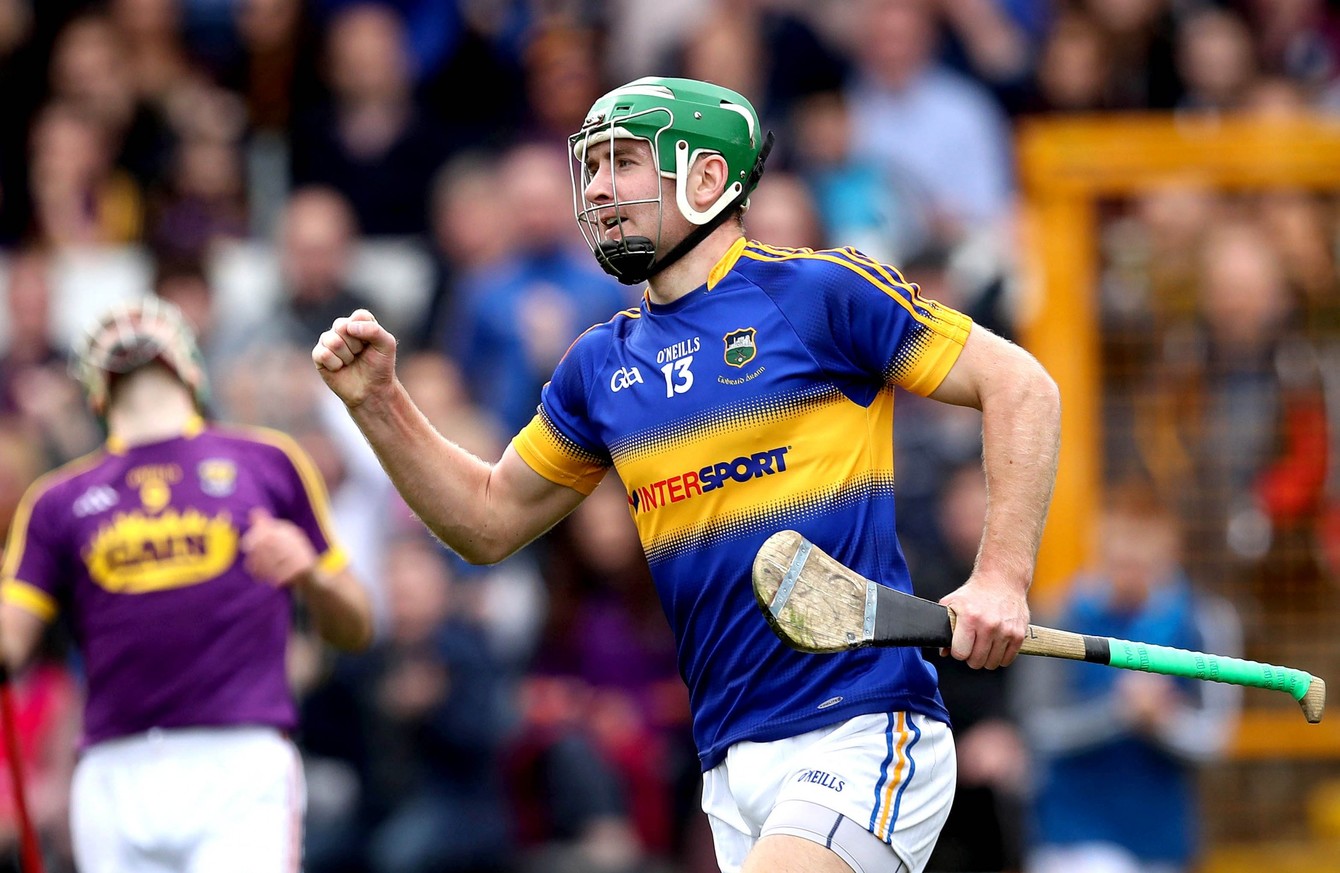 Tipperary 5-18 Wexford 1-19
Tipperary showed their dominance yet again with a fine performance against Wexford on Sunday in Nowlan Park, Kilkenny. Wexford stayed with the All-Ireland up until the 60th minute, but the gulf in class then shone through for the Premier county with John McGrath, Noel McGrath and Brendan Maher coming to the fore. It was nip and tuck throughout to be fair and Wexford despite conceding two goals in the opening half were still in the game at half time.

John McGrath netted the first goal after 6 minutes, following a mistake from Wexford corner back James Breen. McGrath easily evaded his challenge and finished emphatically past Mark Fanning in the Wexford goal. Seamus Callanan popped over two frees, but Wexford responded with a nice point of their own. However, it was on 18 minutes when Tipperary’s second goal sparked off some controversy. It looked as if James Breen was fouled when coming out with the ball from the Wexford defence but referee Diarmuid Kirwan waved play on. Noel McGrath took advantage and bursted through on goal to finish past Fanning. Davy Fitzgerald was angry about the decision and walked onto the pitch to remonstrate with Cork official, however the controversy didn’t end there as Fitzgerald got involved with Tipperary midfielder Jason Forde.

Calmness was eventually restored and Wexford worked their way back into the game. In fact, they trailed Tipperary by only two points on two occasions. However, the final 15 minutes was where this game was won for the All-Ireland Champions.Michael Breen, a second half substitute scored 0-04 from play. John McGrath, Noel McGrath and Brendan Maher all added further goals to complete a fine second half performance from Michael Ryan’s side. Ryan will be pleased that 5-17 of the total came from play and he will be looking for his side to continue this next weekend when they meet Galway.

Wexford will be pleased with their league campaign and will now look forward to a potential clash with Kilkenny in Wexford Park in June.

The best players for Tipperary were John McGrath, Noel McGrath and Brendan Maher, while for Wexford, David Redmond, Liam Ryan and Lee Chin played well.
Player of Match: John McGrath contributed 2-02 from play. Was a threat throughout to the Wexford defence.

Ollie Moran Previews Wexford V Waterford “Wexford could be on the...