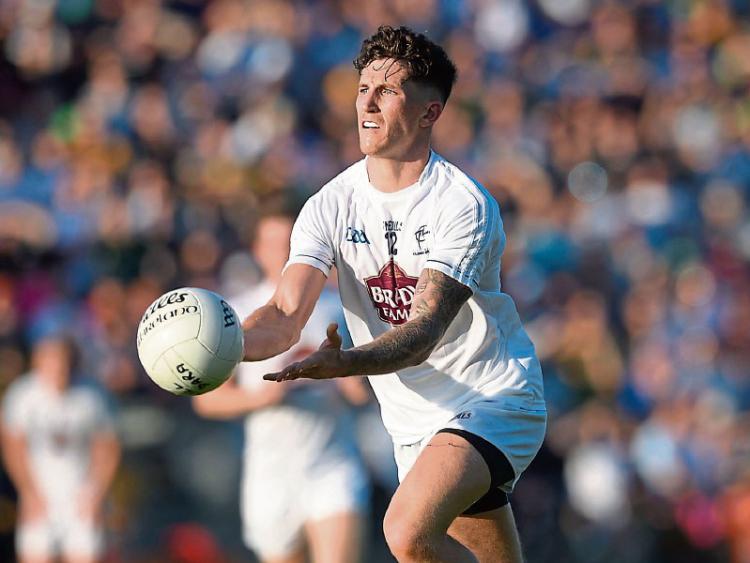 Jimmy Hyland who had tagged on four points in a battling contest grabbed a 74th minute point to snatch a draw for Kildare against an Armagh side that will rue a handful of missed chances and the squandering of a five point lead.

Stefan Campbell’s goal midway through the second half had pulled Kieran Mc Geeneys side clear but credit to the hosts they plugged away and took the chances that came their way to salvage a share of the spoils.

The sides had been level several times through the first half, Kildare opening the scoring through Conor Hartley but Armagh soon got into the groove with Campbell, Jarlath Og Burns and Jamie Clarke all hitting scores.

Tyrell, Hall, Dowling and Grimley all exchanged points before 1-2 from Armagh nudged them clear, Campbell with the goal after great work by Grugan, points from Clarke and Grimley.

The returning Fergal Conway helped the Kildare revival though and as Grugan looked to have won the game for the Orchard men up stepped Hyland with his fourth point to seal the draw.