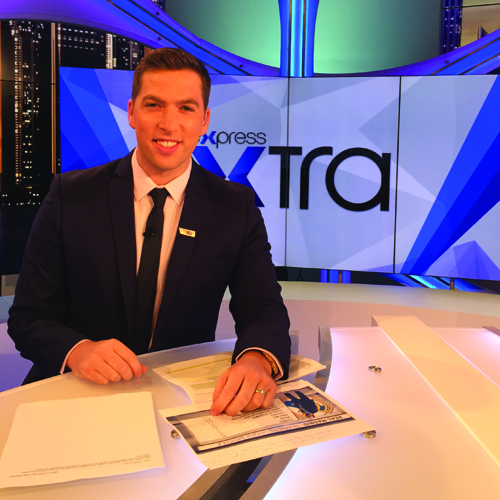 Sportstalk.ie caught up with US Bein Sports presenter Kevin Egan native of the capital and loyal Dublin Fan while on his recent trip to the All Ireland Final. Kevin is one of Ireland’s most loved sports broadcasters abroad and while his career started out with RTE, his ambition to make good use of his US Passport and follow the American Dream has led to a fruitful career in the industry he loves and is a natural in.

Kevin gave us his quick analysis on the All Ireland drawn game between Dublin and Mayo but watch out for our full interview with one of Ireland’s rising stars abroad tomorrow on Sportstalk.ie

Mayo have to bring that same level of aggression to the replay, but they must show an aggressive and ruthless streak further forward as well. Little to lose given recent history, but a lifetime in the making if they can be the ones to finally do it.

Dublin will be a lot quicker, in every aspect. I was shocked at how labored they looked, and the limited options there were going forward. I also expect Gavin will try and find other ways to get Connolly more involved.

Keith Higgins was a warrior last week, and he’ll need to be again. Aidan O’Shea needs to show that he can be a big time player at the biggest stage. We’ve yet to see it. And I also think Andy Moran has a massive game in him. He reads the game so well, and Dublin fans will remember his goal that turned the semi-final in 2006. It was actually his first ever Championship goal, and the first goal Dublin conceded that campaign, but it was a dagger. He’s still dangerous.

I think Cian O’Sullivan’s role can often go understated. He needs to set the tempo and be that general from centerback. Brian Fenton is a clubmate of mine from Raheny, and everyone is so proud of him, and knowing Brian he’ll be ready to show another mature performance from the middle. My prediction is he puts himself in a position to make up for the goal chances he missed last week, and he won’t miss again! Finally Diarmuid Connolly has to be more involved. But I’d like to think the officials won’t fall for what we’ve seen a lot of this year, where the opposition kick and punch lumps out of him, until he finally responds, and he also gets a yellow. Umpires, keep your eyes open 😉

“I admire them they are really sound and down to earth...