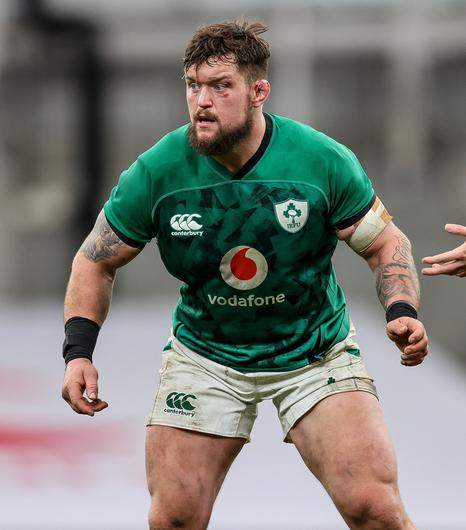 Andrew Porter has been ruled out of the rest of the Six Nations Tournament with an ankle injury.
The prop picked up the injury in last Sunday’s 57-6 win over Italy in Dublin. He will return to Leinster for treatment.
Porter will miss Ireland’s game with England in Twickenham on March the 12th at Scotland at the Aviva on March the 19th. His Leinster team-mate Cian Healy and Dave Kilcoyne from Munster are in contention to take his place.
Ireland currently lie second in the table behind leaders France.
Meanwhile England’s Luke Cowan-Dickie has been ruled out of the rest of their Six Nations campaign due to a knee injury. It is feared that the hooker could be out for the rest of the season after sustaining the injury in England’s 23-19 win over Wales at Twickenham last Saturday.