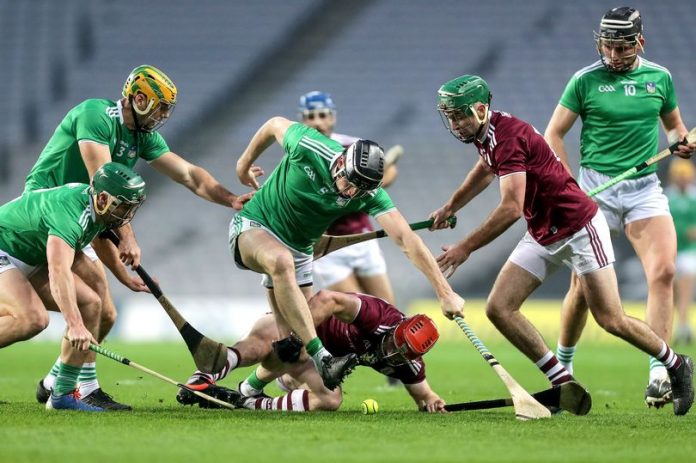 Hurling has probably never had a greater marketing man than Liam Griffin. Wexford’s 1996 All-Ireland winning manager coined the phrase “The Riverdance of sport”, and has rarely been anything other than a relentlessly positive promoter of our national game.

Yet in a recent interview with the Irish Independent, Griffin outlined his worries about the future of the game, and in particular, how the “rucks and mauls”, that would previously be seen as mere rugby terminology are “endemic” now in hurling. He also emphasized how cynical play has become almost a necessary aspect of winning.

In 1996 Griffin made a point of ensuring his Wexford side didn’t foul in games. Indeed, they didn’t concede a point from a free in the second half of that year’s All-Ireland final. But in a study by Brian McDonnell, it was noted that 22 of 26 games in the 2019 championship were won by the side that fouled more. In essence, cynicism works. “I would think the cynical fouling, plus the ‘mauling’ and the rucks have slowed the game down and it has taken a lot of skills out of it” ‘The rucks and ‘mauls’ are endemic now’ – Why Liam Griffin feels hurling is heading in the wrong direction – Independent.ie

Another 1990’s hurling legend, Johnny Pilkington of Offaly, who was recently the subject of a highly entertaining profile on TG4’s Laochra Gael, has similar fears about the future of the sport. In a separate interview with the Irish Independent, he went even further than Griffin in his criticism of the games saying that it had become “a bit boring”. ‘To concede 27 points in a game is madness’ – Offaly legend Pilkington says modern hurling is ‘a bit boring’ – Independent.ie “I’d just like to see a little bit more marking. I’d like to see less of these lads with acres of space, 20 or 30 yards, and no one on them, tapping the ball over the bar. To concede 27 points in a game is just madness. To concede 20 points in a game is madness really. But you are going to find it very hard to win a game with 20 points. Every team is nearly scoring 20 points. ”

The fact that scores seem easier to come by in recent years is something that is easily borne out by statistics. In the 90’s the average number of scores per game was a mere 31.88. In the most recent championship, average scores per game were at an all time high of 49.29. Hurling has become akin to Basketball, where scores every minute are now accepted as the norm. What’s more is that, almost invariably, more points leads to more wides. In the Munster semi-final between Cork and Waterford last year, there were an amazing 27 points in the first half, but what was even more astounding, and you’d have to say unnerving, was that there were 23 wides. 50 shots in 35 minutes of hurling? Well, it may be what some want to see, but particularly when so many of them go awry, it can be a major turn off to the casual supporter. 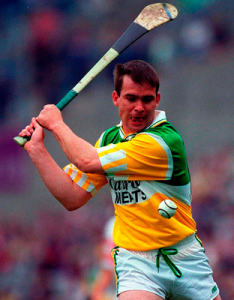 The cynicism that is prevalent in the modern game has become another hot button topic in recent months. Speaking to the Irish examiner-Ned Quinn-a former Kilkenny county chairmen who was a major force behind the county’s success in the last 20 years, outlined his concerns about the increase in fouling in the game.  “In last year’s Championship we had various types of cynical pulldowns and it’s not in the best interests of the game to have that”. Quinn is part of central competitions control committee and also served on the hurling development committee of the late 00’s. But even as staunch a GAA man as he, is a bit concerned about the way the sport is heading. “We have the best game of them all and we have to try and keep it that way.”

So are these old, wizened men correct? Is the game becoming a bit boring? Well, maybe so. Objectively speaking, the 2020 All-Ireland hurling championship was not a vintage one. Sure, there were mitigating factors: the absence of crowds removed any hope of an atmosphere being generated at the games, while hurling was never intended as a winter sport in the first place. And of course, after the year we had, with a pandemic, you can’t quantify how grateful most people would have been to see some action, any action, during those long winter months.

Yet even given those circumstances, how many fixtures in the competition met expectation? Tipperary and Limerick’s game in the Munster semi-final probably. The Tipperary and Galway quarter final certainly, and Waterford’s defeat of Kilkenny in the semi-final was another stirring encounter. Other games, such as the second half of Kilkenny’s Leinster Championship fixtures against Dublin and Galway had their moments, but in general, entertainment was thin enough on the ground.

The lack of goals in the championship was another cause for concern. Sure there were games in which the net bulged, such as when Clare faced off against Waterford in the quarter final, but the old adage that “goals win games” no longer seems to have much merit. For instance, Limerick managed to saunter their way to the All-Ireland without managing a goal in four of their five games. They didn’t raise a green flag in any of their final three games, a situation that mirrored Galway’s victory in the 2017 championship. What’s more, there was no goal registered by either team in the Munster final, the eventual winners semi-final and the All-Ireland final, a situation that has never occurred in history before.

Hurling, just like everything else in life, is subject to evolution. During the first of our many lockdowns, we were treated to replays of a number of games from the 80’s, 90’s and 00’s, and it wasn’t necessarily true that the grass was always greener on the other side of the fence. However, there were a few trends that were glaringly evident. For one the “rucks and mauls” that are so “endemic” currently, were barely a feature of the past. For another, the ground hurling that was so prevalent, particularly for Johnny Pilkington’s Birr and Offaly teams, now seems almost completely absent. The idea of letting rip on a ball seems like an anachronism, when stood against the modern obsession with getting the ball in hand. And yet, said obsession with getting ball in hand is a direct contributory factor to the “rucks and mauls” that have made aspects of the current game so unsightly.

It seems beyond question that hurlers are now faster, fitter and stronger than they ever were. Play has become much more tactical and structured. And yet the most pertinent question: “Is the game more enjoyable?” is open to interpretation. Sure, in the last few years we’ve seen fantastic matches, and the 2018 championship was a very entertaining one. But the idea that “newer” automatically means better is debatable. In fact, many of the developments of recent years seemed to have resulted in regressive steps to the sports aesthetic. 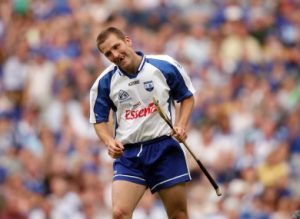 A lot of the argument rests on the question “What kind of game do we want to see?”. Think of the most beloved hurling teams we’ve seen over the past 30 years, like the Waterford side of the 00’s. They were a crowd of toothless, helmetless lunatics who loved hurling, fist pumping and their county. Yes, they may not have won as much as they should. Yes, their games were often chaotic. But by god were they entertaining.

It’s hard to imagine that Waterford team featuring in the game now. Those goal fests against Cork seem from a bygone era. Indeed, where once Waterford’s most important player was John Mullane or Dan Shanahan- the free scoring forwards- now it’s Tadhg De Burca, a sweeper, whose position was barely a feature of the game a decade ago.  The transformation of the Waterford team is a mirror of the development of the game. Every aspect of modern coaching seems to be implemented with the stated intention of decreasing risk and reducing wildness. And yet, it was that bit of wildness that made the game, and that team, so beloved. Where once there was chaos, now we have chess. Great, if you are a tactical anorak. Not so much if you’re looking for visceral entertainment. 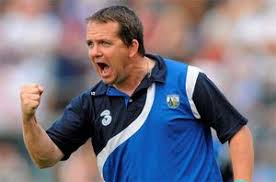 In his autobiography Ken McGrath outlined how Davy Fitzgerald completely changed the philosophy of Waterford hurling when he arrived midway through the 2008 season. In one of his earliest training sessions, McGrath rose the ball and belted it up the field without catching it, as he had done for the majority of his career. Yet all of a sudden he was being lambasted for such an action as the idea of keeping possession outstripped the desire to clear ones lines. The last 12 years has seen Waterford completely change their game, and in a sense it has worked. They’ve reached 3 All-Ireland finals in that time, and they hadn’t qualified for one for 45 years prior to that. But will the side of the last dozen years ever be remembered or loved in the way the Justin McCarthy era team was? Perhaps by the Waterford populace they will be if they achieve the ultimate aim, but for the general public at large it’s hard to imagine it.

So what’s to be done to make the game more like the one we fell in love with? We can’t or shouldn’t ask players to become less fit or strong, but there are minute rule changes we could make that may result in a positive difference. How about a heavier ball to ensure there’s less easy point scoring? Or four points for a goal to increase the incentive to go for them?

We could look at players only being allowed to catch the ball once, to reduce the incentive to always try and get the ball into hand. There should also be increased sanctions on negative play, like a black card or a penalty for a cynical pulldown. That’s not to totally demean our game, which can still produces fantastic moments of skill. You get a sense that something needs to be done though, if we’re to get back to it being the Riverdance of sport again.