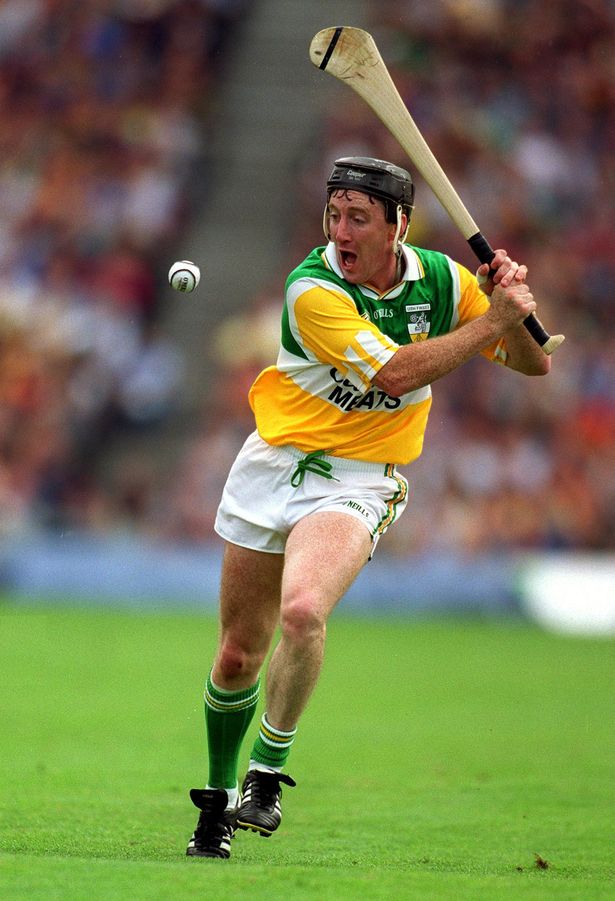 So how’s everyone getting on then? You all hanging in there? Even for those of us who have not suffered directly at the hands of this dastardly virus, it’s been a long couple of months cocooned in our homes, without any new sport to entertain us. Instead we’ve had to rely on reruns of classic, or sometimes, not so classic games, and listen to the stars of yesteryear discuss their life and times.

For GAA fans, one of the best sources of entertainment in recent weeks has been ex-Offaly star Brian Carroll’s podcast dubbed “A Hurlers life”. In each episode of the series, Carroll has interviewed an ex-great about their career, and consequently sought their opinions on the pros and cons of the modern game. It’s been a wonderfully informative listen, and each episode concludes with a quick-fire round, where Carroll enquires about the important issues for each hurler, from who is the greatest player in the modern game, to which type of sliotar they prefer.

In the most recent episode, a prominent ex-player discussed how he wasn’t in favour of any of the current balls in the game being used, due to their insufficient weight. Now the idea of the ball being too light in hurling is not necessarily a new phenomenon. Just last year, Cork’s Patrick Horgan, one of the modern game’s finest exponents, dismissed the idea that the current sliotar was too light insisting “Why would you want fewer scores in a game?”

But what about one of the greatest hurlers of the last 30 years, and certainly the only one of the modern era, to feature on the team of the millennium in 2000, Brian Whelahan. When asked about what sliotar he would prefer to use in the modern game, Whelahan replied. “I wouldn’t have any of the sliotars that are being used at the moment. I don’t agree with players being able to score from 100 yards, I think it has taken an awful lot out of the game by doing that. lf you go back to before (1980’s), the scores in Offaly and Kilkenny in Leinster at that time was all 25, 26 points per game. Over 20 (or 30) points now seems to be the magic figure you have to hit to win games”

“What really put it on the table for me was the minor All Ireland final a few years ago (2014). Kilkenny won that year and the corner forward was the free-taker (Alan Murphy). He came out inside his own 45 in Croke Park that day and put the ball over the bar. That for me summed it up. Minors shouldn’t be doing that, and I just think we need to be getting more play in or around the goal area”

“If a half back gets a ball, his first thought shouldn’t be about putting the ball over the bar, it should be about setting up an attack for his inside line. But any player now that gets a ball just inside his own half on the half back line, if he has an opportunity, without having to even cross into the opposing half, they’re shooting on sight. While some of them are going over the bar, there are a lot of them going wide. I just think it’s taking from the game and the excitement. Maybe it’s just an old man’s rant……”

Evidently, the ease at which players are raising white flags, in particular, has risen in recent years. But even those figures do not tell the whole story. The numbers have exploded exponentially in just the past 3 years. In the 2017 championship the average numbers of scores per game was 43.04. This increased to 44.16 in 2018 and 45.38 in 2019. With each passing year the average of scores per game seems to go up by a point. Whenever the next championship gets played, could we expect to see the average top 46? Or 47 the year after? 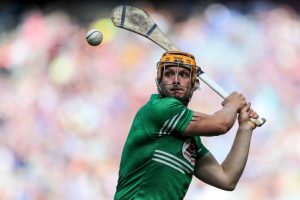 Hurling has always prided itself on its fast, free flowing nature and it’s consistently been more high-scoring than football, for example. In days of yore though, it wasn’t unheard of to have less than 30 scores in a game. The All-Ireland final of 1995, for example, featured a mere 24 scores and 1999 had just 25. Nowadays it’s not unusual for games to straddle 50 scores. Cork Tipperary in the 2017 Munster championship had 56. Cork Westmeath in last year’s championship had 61 raised flags. So from a situation where it was not uncommon to see a score every 3 minutes, now there is practically one for every minute of the game.

Maybe that’s a good thing. Obviously, there’s a desire from supporters to see white and green flags raised. But it’s tempting to believe that the balance of power has tipped too far into the hands of the attacker. In times past, it was unheard of for a player to score from 100 yards. Now, the likes of Eoin Murphy, Mark Fanning and Enda Rowland regularly do it from frees, or in Rowland’s case, in a Laois club game last year, a puck out.

Now this is not to demean the level of effort and skill it takes to put a shot from that distance over the bar. Definitely not. We know players are fitter, work harder and, arguably, are more skilful now, than ever before. But we want the ball in play as much as possible in the game. If players are constantly shooting from such distances, either resulting in a point or a wide, will we get to see those elongated stretches of play that really make our game?

Looking back on matches from the past, as most of us have been doing in recent weeks, it’s amazing to see how much hurling has changed over the past 40 years or so. In particular, looking at the 1995 All-Ireland final recently, what’s striking is how much ground hurling has disappeared from the sport. With the obsession of getting ball into hand now, it’s become much more commonplace to see unsightly rucks develop, in the scrap for possession.

In the 90’s it was rare to see a player strike a ball more than 70 metres. Whether that was due to a heavier ball, a narrower bas of the hurl, or poorer technique on behalf of the players, is open to debate. What’s undeniable though is such a scenario led to the ball being in play more, with increased goalmouth action and fewer wides. It may not have been as technically proficient as the modern game, but it was more unpredictable and, as a consequence, probably more exciting.

Hurling has, in the past few years, come to appear a bit like basketball, with scores being posted practically every minute or more. But basketball benefits from the fact that there are no real wides, or prolonged stoppages for side-lines, which in essence, tend to speed up the game. Nowadays it seems that, due to the inordinate amount of scores and or wides in matches, there is less and less of the ball in play, and we miss those edge of the seat, tennis-like rallies of the 90’s.

Alas, in the current climate, beggars can hardly be choosers. If we were offered the chance to watch a Kerry Junior B game, played with a tennis ball at the moment, we’d snatch your hand off. But this extended period of inactivity we have, allows us the chance to reflect, and think of ways we can make our great game even better. Do we want an increasingly basketball style, score every minute game, or a return to the tighter, arguably more exciting, games of before? We know what the millennium man thinks. I for one, would be inclined to agree with him.