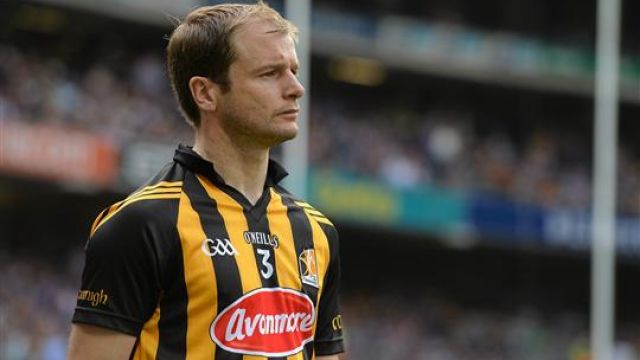 Ok, we know the drill at this stage. There’s no sport on. We’ve got this dastardly coco pox virus that’s terrorizing our nation and we all have to stay at home. We can’t go outside and play or watch games, so we all have to occupy ourselves inside.

Pity the poor sports journalist now. There’s no games to report on, no reviews or previews to complete, nor managerial quotes to analyze and pore over. But column inches have to be filled. Those greedy little clickers on websites across the country are always desperate for content. So what better way to do that, than appeal to the lowest common denominator, and return to the old chestnut “The greatest team of the last 10/20/30/40 years”

It’s ridiculous isn’t it? I mean, the whole idea of comparing the days when players used to cadge a cigarette at half time, to the GPS programmed machines of today, is so immeasurable as to be laughable. Yet we always fall for it. We always have to have a look. And you know you shouldn’t, you know you shouldn’t, but there was a little thing floating around this week entitled “The Hurling All-Stars of the Sunday Game Era”. So I had a look, and then I had a second look, and then I blinked a few times and scooped my jaw off the floor:

“What?  Wait a second….that can’t be right can it? There’s no….there’s no…..THERE’S NO JJ DELANEY? The man who won 9 senior All-Ireland hurling medals between 2002 and 2014? The man who scooped 7 All-Star medals in the same period and a hurler of the year accolade in 2003? The man who Brian Cody (someone not given to hyperbole) deemed the greatest defender he’d ever seen? He’s the guy you’re leaving off?” Well, to put it bluntly, if you’re picking a greatest side from the last 40 years without JJ Delaney on it, does your team actually have any credibility at all?

Now you may say “Yeah, it’s fine to say that JJ should be on there, but who are you going to leave off? There’s a lot of good hurlers there, aren’t there?” There certainly are, but compared to JJ Delaney, there are hardly any better defenders.

Brian Corcoran was a fabulous player and was an automatic choice for an All-Star, an extremely rare occurrence, in his debut season of 1992. He was also a cornerstone in the 1999 All-Ireland winning side. Yet I feel he would not have received as much recognition for his ability were it not for his reinvention, in the forwards I may add, in the 2004-06 era.

Brian Lohan was an amazing full back and was the heartbeat of that great Clare side of the 90’s. He had a way of coming out with the ball, with the helmet hanging off his head, that endeared him to every hurling fan. Padraig Maher is a powerhouse of a centre back who has been an inspiration for Tipperary for the past decade. But do either of those players have the pure artistry of defending that JJ had? Did they have the paw, the physicality, the hooks and blocks and, most importantly, the consistency that JJ produced day after day?

Even the one Kilkenny man that does appear in the defence, is fortunate to be selected over his comrade. Now Tommy Walsh won All-Stars in every line of the field from full back to half forward. He was one of the most spectacular and charismatic players to ever walk on a field. Was he a better hurler than JJ Delaney? Probably. Was he a better defender than him? Almost certainly not. And yet, even when picking a defence, people are drawn more to the spectacular than the consistently excellent. 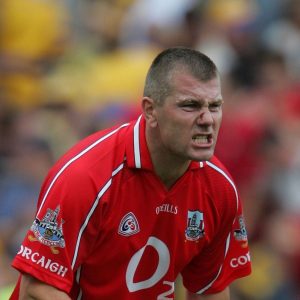 If you had to choose one player that is scraping a place on that side, Diarmuid O’Sullivan would be the obvious choice. Now that’s not to dismiss “The Rock’s” achievements as a player, and influence on the Cork set up over a decade or more. Yet as a pure defender, I feel he was inferior, even in that side, to an understated giant like Ronan Curran.

When people think of O’Sullivan’s career there are always those few standout Youtube moments. Remember that time he bowled Jack Foley of Limerick over in 2001 and pointed from 100 yards? Or the 2003 All-Ireland final where he pushed 3 Kilkenny forwards out of the way? What sometimes get lost is that his opposing number, Martin Comerford, took him for 1-4 in that game and that-O’Sullivan being taken to cleaners-wasn’t necessarily a one off occurrence.

With JJ, it’s a lot harder to pinpoint the games when an opposition forward got the better of him. Admittedly, he probably was more suited to half back than full back. Shane Walsh of Waterford took him for a couple of goals in 2009 and Seamus Callanan certainly caused him problems at times in 2014. But both those years ended with Kilkenny winning an All-Ireland, and the latter resulted in him getting an All-Star. So he was pretty damn good at full back too.

Look back on his career and you can see that time and time again, he was the most important defender in the greatest side any modern hurling observer has seen. When Dan Shanahan was a contender for hurler of the year, after scoring 6 goals in the Munster Championship in 2004, who was the man that Kilkenny looked to, to completely nullify him in that year’s All-Ireland semi-final? JJ Delaney. When Setanta O’Hailpin was after terrorizing the Cat’s defence in the 2003 All-Ireland final, who was the man Cody identified as the best prepared to cancel out his threat? JJ Delaney. When Noel Hickey, himself one of the greatest full backs of all time, shuffled off the inter-county stage, who was the man that was entrusted with the task of shoring up the defence? JJ once again.

I mean, if Brian Cody said he was the best defender he’d ever seen, who are we to argue? Does anybody in RTE, or anywhere else for that matter, think they’re a better judge of hurler than Brian Cody? Funnily enough, JJ and another defensive giant Ollie Canning, both happen to be pundits on Sky Sports. If he was to appear on Ireland’s flagship channel, would he have made the RTE team, I wonder? As Colm Parkinson alluded to on Twitter, was such an obvious omission a deliberate ploy to get fans talking about this team? Considering as there was 10 times as many responses to the hurling side selection, as there was the football side, it certainly seems to have worked if that’s the case.

The only “problem” with JJ’s defensive style, as it were, is that he was so relentlessly efficient, he almost never had to resort to the spectacular to get himself out of danger. He wasn’t a David Luiz style, playstation defender, doing bicycle kick goal-line clearances. He was more the Dennis Irwin style: consistency in a world gone mad. There was no madness with JJ. Only excellence.

Funnily enough, the only time he really had to resort to the spectacular, was in his last ever inter-county game. That hook in the 2014 All-Ireland final replay against Tipperary will go down as one of the greatest pieces of skill ever seen in Croke Park. Try to recreate it sometime if you don’t believe so. Thank god it happened, because if it wasn’t for that, it’s possible that he wouldn’t be remembered at all. And that would really be a hurling travesty. 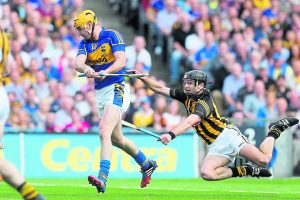 Yet, within that moment, we can possibly see the reason why JJ decided to retire shortly afterwards. 5 years previously, he might have had that extra yard of pace that would have rendered the need to make such a spectacular hook non-existent. When he did retire that winter, he noted, to the bemusement of just about everyone else, that he felt his standards were slipping. He could have carried on for another few years. I’m sure Brian Cody would have readily accepted. By anyone else’s metric, he was still the best defender in the game. But by JJ’s own standard, he wasn’t.

It’s a marvel when you think of it. 14 years as an inter-county player and he never had a bad one. He’s one of the only Kilkenny players of the modern era to slot into the starting 15 straight out of minor. Not even geniuses like Henry Shefflin, Tommy Walsh or Richie Hogan managed that. He started as one of the best corner backs, he became the best wing back, he finished as the best full back. And he didn’t carry on too long either which is something other great defenders, like Martin Hanamy, and even Brian Whelehan, perhaps could be accused of. Now Whelehan was a complete master, but from 98 to 2000, he was often being used as an auxiliary forward, and from 2001 onwards, he and Offaly, were in the midst of a painfully slow decline. JJ Delaney finished his career in 2014 as an All-Ireland winning, All-Star full back. How can anyone argue with that?

Now, in all seriousness, there’s no probably need to get all worked up about this. I’m sure JJ is at home now, with his All-Irelands and All-Stars in his back pocket, having a good old laugh about it. There’s more to life than hurling after all. Like, you know, a global pandemic we’re desperately trying to find a cure for.

But there’s a time and place for having these arguments, and when that time and place comes, the omission of the Johnstown man’s name is tantamount to sacrilege. So on behalf of all hurling fans, thank you JJ. Those who know of your greatness, salute you. Those who don’t….pick teams for RTE.

Ollie Moran Previews Wexford V Waterford “Wexford could be on the...