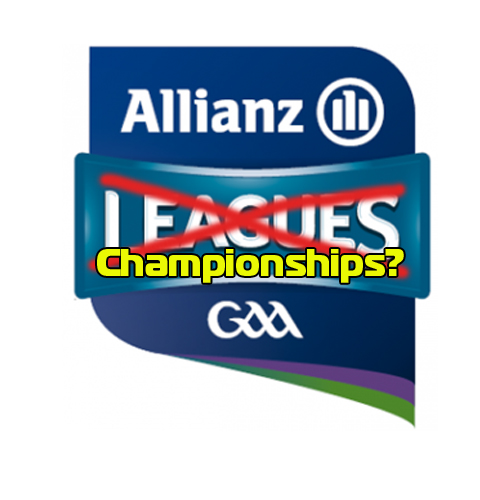 Well, to quote Paul Gascoigne, that wasn’t bad was it? The National Hurling league drew to a close on Sunday and unless you were a Tipperary fan, it all ended quite nicely.

Ok, obviously, Sunday’s game wasn’t quite what we hoped for. It wasn’t as good as the respective side’s meeting in the Croke Park classic of 2015. Or the same opponent’s battle at the semi-final stage in August 2016. But what the game may have lacked in competitiveness, it more than made up for it in subplots.

It’s been a great league. From the days when it seemed the spring competition was just a dress rehearsal for Kilkenny picking up the Liam McCarthy cup in September, now we have a myriad of contenders for ultimate success.

Judging by the last 2 years of championship semi-finals, there is a defined “big 4” of hurling contenders. But at least 4 or 5 other sides had one other standout victory during their spring campaign. Clare revisited their 2013 form by hammering Kilkenny in Cusack Park. Cork managed 3 wins in Division 1A, including hugely encouraging victories over Waterford and Tipp. Dublin and Limerick were ultimately disappointing, but both beat Cork. And Wexford…well we all know about Wexford.

Almost each week for the last 2 months or more, we’ve been guaranteed top class action on Sunday. Practically every game had something riding on it. I hope you enjoyed it though, because it might be the last decent bit of hurling you’ll see until August. Because, despite however we may lionize the championship, and eagerly anticipate its arrival each summer, in truth a lot of the best hurling of the year has already passed.

Now I know that may seem a ridiculous statement. I mean, we’re all looking forward to the possibility of Wexford and Kilkenny on June 10. Or maybe Tipp versus Waterford in a Munster semi-final. Or Galway Dublin. But while those teams were going full throttle in February and March, there’s a chance that what we’ll see in May and June is shadow boxing.

How many great games can you remember in the 2016 hurling championship? Well, the semi-finals obviously, but you’d be struggling to name a few beyond that. Likewise, in 2015, we had one classic in August but not much else. In 2014, it was a higher standard, but you couldn’t really argue that the level of the competition hasn’t dropped in the last few years. Now obviously, looking ahead to possible games fills us with optimism. But recent form does not back it up.

In contrast, it seems that the league seems to be growing in stature each year. Almost every game in Division 1A, and amongst the better sides in Division 1B, is fiercely contested. The GAA has stumbled upon a great format, and yet, as is their won’t, they are afraid of taking it further as it gets in the way of all important tradition. By the time May comes around, the provincial councils come swinging into town, and all the glory and wonder of team’s playing every week in highly charged games is lost.

In order to get that situation in summertime we need to sacrifice a few sacred cows. And let’s not call a spade a digging implement her: for the last number of years the standard in the Munster hurling championship has been pretty dire. Now of course, we know that has not always been the case. Anyone with a cursory knowledge of the work of Raymond Smith and Christy Ring, will be aware that said competition has been romanticized to the core.

It wasn’t just in the 50’s and 60’s that it acquired this reputation. Ger Loughnane has often spoke about the magic of Munster, although, as a player he had very little success there. In my own lifetime as a fan, I can recall great games in the 90’s and particularly, the 00’s, where Waterford and Cork seemed to dish out a classic every year.

In this decade though, that seems to have changed. Perhaps it’s the infiltration of those dreaded sweepers and the short passing game. Perhaps it’s down to the fact that sides realize peaking for May/June/early July is essentially pointless, when there’s the guts of two months hurling left to right the wrongs of the early season. Whatever it is, it’s hard to remember a classic Munster championship game in the last 5 years. Did we think we’d be saying that during the 00’s?

On the other hand, did we ever think during a decade when Kilkenny were dishing out routine hammerings to the opposition (usually Wexford) in a near empty Croke Park ten years ago, that Leinster would emerge as the more entertaining province? Galway’s introduction has revitalized the competition. True, they’ve only won 1 Leinster title in that time, but anytime they’ve faced Kilkenny the Stripey men have known they’re in the game. It would be a shame to lose them from provincial fare, and we can only hope their welcome is extended to their underage sides too.

Since Anthony Daly’s introduction as manager in 2009 Dublin have emerged as strong contenders. True, they’ve slipped back recently, but there’s still oodles of potential in the county. And we all know about Wexford and their manager. For the first time in aeons, there are 4 counties that could deem themselves to have a good chance of winning the Bob O’Keeffe cup this year. It’s only a pity that Offaly have dipped so far from their 80’s and 90’s peak, that we can’t have a proper 5 way free for all.

While the Leinster championship has improved though, we are still not privy to an equitable system. A team can win a title in early July, then have gone cold by the time their next challenge appears in mid-August. In summer, it’s difficult to stay in prime condition. Whereas in February, March and April, there’s games galore.

And granted it’s not perfect. In the last 3 years of the competition a team from 1B has won, yet Galway won’t even be playing in the higher grade next year. Meanwhile Offaly, a distant 10th best hurling side in the county, can make a National League quarter-final while Clare and Dublin scrap it out to avoid relegation. Division 1A provides fantastic entertainment, yet the drawback is that it may be TOO competitive. Whereas in Division 1B, a good team only has to peak a few times, in 1A, the foot is never far from the accelerator.

So, for sure the league format could be tweaked. Perhaps having 2 more equitable groups of 6 or 7 (possibly provincial based?) would make more sense. But the general formula, of teams playing every week or second week at home and away venues really works. And of course, we could still have big quarter, semi and All-Ireland finals in Croke Park. But the idea of having one competition from May to July, and the All-Ireland series from then onwards, is becoming more antiquated by the year. How long before players and fans demand it to be changed?

In times past, when league fare started in October and ended the next May, there was a feeling it was more of a nuisance than a help. Then, the knockout was king. But times change. In days of yore, when Lory Meagher and Mick Mackey were in their pomp, people couldn’t afford to be travelling around the country to see games. Players weren’t training 5 or 6 nights a week to play in the first round of the championship. Nowadays, with the amount of effort and funding county board’s put into their teams, the minimum they can expect is a good few decent games come summer time. Anything else is unfair to them.

It’s also unfair on the paying public. Attendances at league games showed there is a desire for a competitive action on a weekly or, at the very least, fortnightly basis. Certainly, any time Davy’s Wexford rolled into town there was practically “Fully booked” signs outside. Now imagine how exciting it would be if that format was happening from May to August rather than February to April? Sounds good, doesn’t it?

Change doesn’t happen overnight. It takes time. Certainly, in the GAA it does. But with the advent of highly competitive and entertaining games in the National league each year (it’s probably even more pertinent in football) the organization will eventually have to take note. The provincial councils will always stick their oar in, but we have romanticized their worth for too long. It’s time to scrap them and start afresh. The championship is dying. The league, on the other hand, is surviving and thriving.