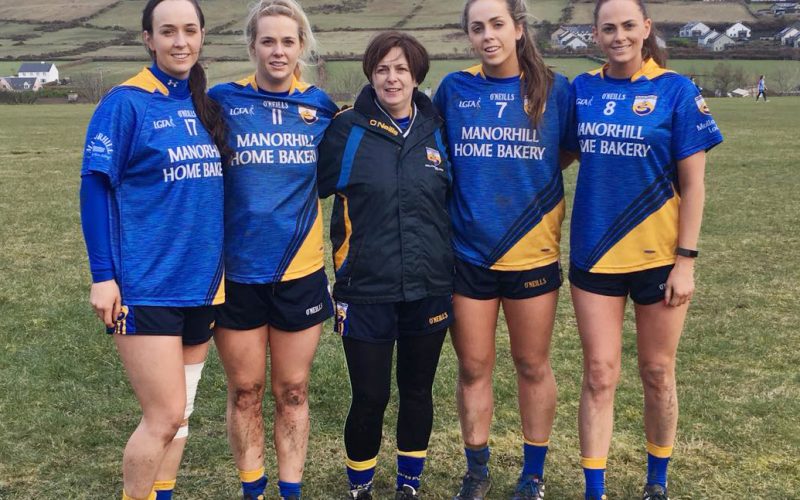 Last year the Sheridan’s from Mullahoran made a name for themselves in the Paidi O’Se Tournament not just for their footballing talents. Alongside their mother Monica, Aishling, Mona, Geraldine and Louise togged out for their club. They were also joined in the team by cousins from both their mother and father’s side of the family.

On this week’s Sportsgirls Podcast Aishling Sheridan joked about the family involvement in the team: “There is a running joke at home that we’d make our own 9 a side team from the family alone. It really is. Geraldine she’s older than me; she done the ligaments in her knee so couldn’t fully play at the weekend. Mona; this was her first game back at the Paidi O’Se Tournament this year.”

Sheridan is a surname synonymous with football not just in Mullahoran but Co. Cavan. Aishling’s dad was a former Cavan footballer, who managed Cavan Ladies to their All-Ireland Intermediate title in 2014 and is a referee.

The Sheridan’s play a vital part in Mullahoran Ladies set-up: “I have three cousins on my mam’s side and I’ve one cousin on my dad’s side. There is a good crew of us as well.”