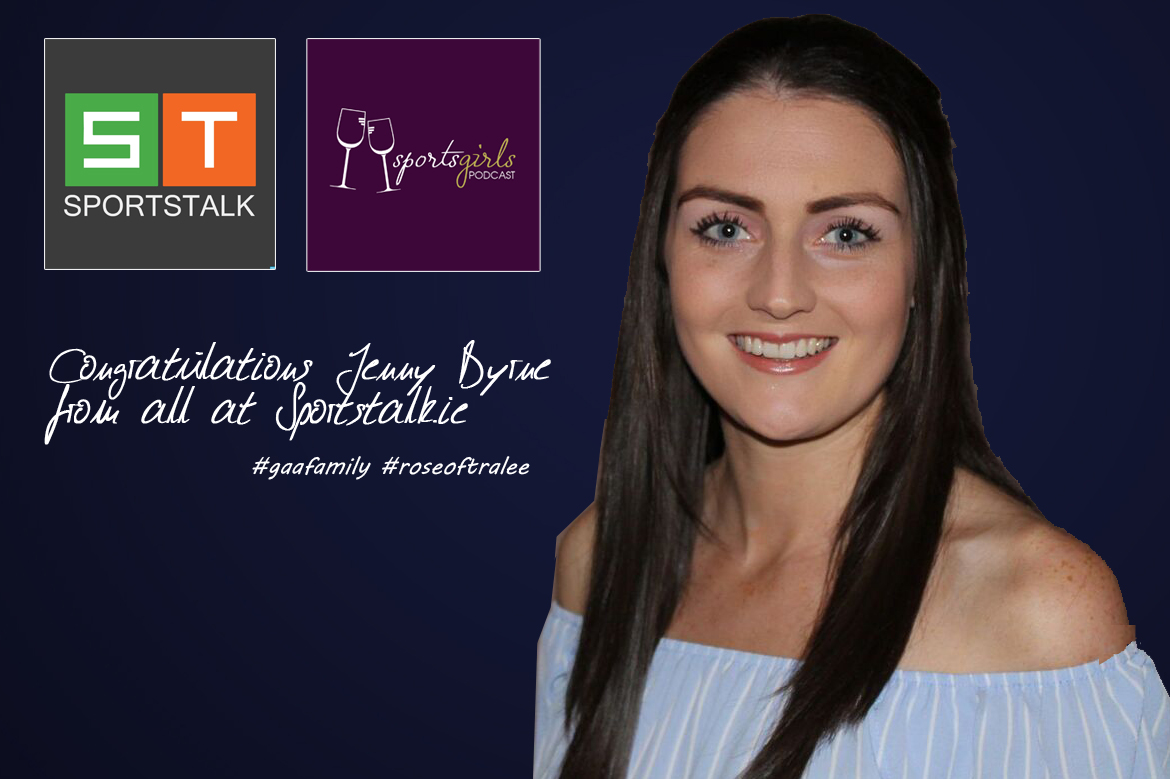 Offaly girl who loves both Irish Dancing and Gaelic Football wins International Rose of Tralee 2017. Nothing much to that statement but there is so much more to Jennifer Byrne who picked up the crown on Tuesday night; the first time Offaly have won the Rose of Tralee.

In 1982 Seamus Darby silenced Kerry as Offaly won the All-Ireland Football title. Byrne’s win may not have silenced Tralee on Tuesday but it certainly was a memorable victory for the Faithful County as the green, white and gold was waved proudly around the Kerry town.

From Clonaderig, Ballinahown on the Offaly/Westmeath border Byrne attended secondary school in Athlone and it was during her time there she got involved with local club Garrycastle. From there Byrne went on to represent Westmeath and it culminated in 2011 when she was part of the team that defeated Cavan in the All-Ireland Intermediate Final.

The Offaly girl, who is currenlty a Junior Doctor in the A & E Department in UCHG, is also a nifty soccer player and represented her country at both U17 and U19 level.

In 2010 she was part of the Republic of Ireland side that lost out on penalties to Spain in the U17 European Final.

She played in the World Cup Finals in Trinidad and Tobago and also represented Ireland at the World University Games. She currently plays with Women’s League of Ireland side Galway WFC. There seems to be no end her talents.

Away from the sporting field she has volunteered for charity too. As the song she was “lovely and fair” and that certainly describes Byrne. On Tuesday night she spoke about her sporting feats and also showed off her dancing skills.

The rose is selected on the basis of personality and the Offaly lass will definitely represent Ireland with pride during her travels around the world.

Congratulations Jenny Byrne from all at Sportstalk.ie

G4M&O – we were a group of individuals that have now...