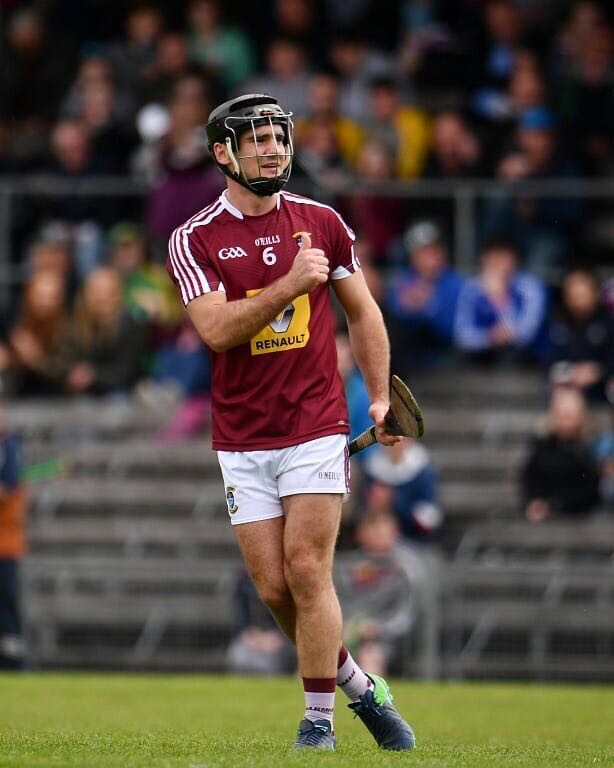 It was back-to-back victories for the Lake County who emerged 4-24 to 2-17 winners over neighbours Meath at TEG Cusack Park in Mullingar.
Meath started brightly with a third minute Jack Regan goal, but by the break Westmeath were totally in command and held a 2-17 to 1-6 half-time lead.

Allan Devine finished to the net for the hosts, with Niall O’Brien also among those impressive on the way to a 14-point lead. Meath staged somewhat of a recovery on the restart, but when Niall Mitchell netted on 48 minutes, it saw Westmeath erase all of the Royals good work.

15 points clear at this stage Westmeath looked good, but Meath never gave up with Alan Douglas bagging a goal for the visitors. Momentum seemed to be with his side, but Meath were hit a blow when Paddy Carroll denied Darragh Kelly from the penalty spot, before Devine (2-2) found the net for the second time.

Aonghus Clarke was also in impressive form for Westmeath with seven points from play, as was Eoin Price who registered five from play, with Robbie Greville bagging 1-1.

Westmeath now travel south to play Kerry who defeated Laois by 10 points setting up a super game of hurling next week in Tralee.