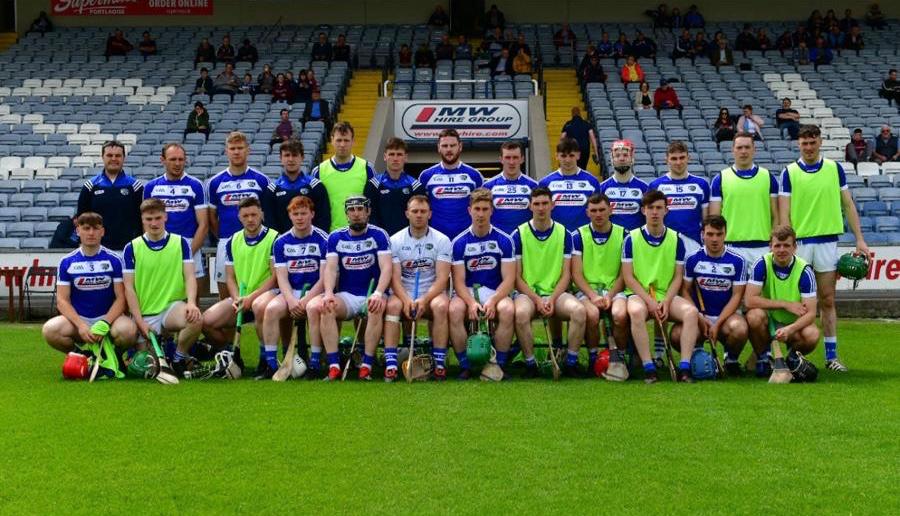 Off Broadway. That’s what the Joe McDonagh seems to be all about, doesn’t it? Sure the championship doesn’t exist in a vacuum completely. We know of it’s presence, but even Don King would have trouble promoting it. I still reckon he’d do a better job than the GAA though.

Now I know this is a game that is set for Croke Park on Sunday, and maybe the respective Laois and Westmeath players are delighted about that. In their heart of hearts though, they must know that, outside of their respective counties, there’s not going to be many people watching this game.  Considering there’s a massive provincial final on at the same time, that’s understandable. I mean, it would be hard to get fired up for the women’s world cup, if the male counterpart was on simultaneously.

So now the question must be asked, well, when would be a better time for this game to be staged? Would a Saturday night fixture in Tullamore have been a preferable option? Or even putting the game on at 12.00 on the Sunday before the Munster final as part of a RTE triple header? As it is, what you will have on Sunday is an attractive, and extremely important, hurling fixture, which will be played in a near empty stadium. All the while patrons sip their pints in Quinn’s and McGrath’s seeing what’s going on in the Gaelic Grounds.

Then again, if these players have been neglected, it’s nothing out of ordinary. It’s funny, but despite how well Laois have done under Eddie Brennan, despite how Westmeath have reached two finals back to back, neither of them were the story in the competition this year. No, that was Offaly, who achieved the dubious honour of being relegated from the Liam McCarthy and Joe McDonagh cup in successive years. Why are Offaly always such a source of endless fascination? Well I guess the fact that a county who won an All-Ireland in the recent past are now just the 15th best side in the country (and let’s not forget, we know how few hurling counties there are) is always going to be of interest. Unless you were compus mentis in 1949, you can never remember a time when Laois hurling was successful. For Westmeath, the cupboard is even more bare.

That’s why it seems so important for one of these teams to come through. There is a need for the likes of Westmeath and Laois to get some silverware. At least Westmeath have very recent knowledge of the feeling, having triumphed in the Division 2A final this year. And there’s almost nothing between them as their most recent encounter showed, that draw in Portlaoise just a few weeks ago.

If Offaly’s demise illustrates one thing though, it’s that this is a fierce competition. There’s very little between these teams, Kerry and Antrim included. So it’s a warning sign for Carlow who are facing into the tournament again next year. Underestimate your opponents at your peril.

Then again, as Carlow’s Edward Coady highlighted so brilliantly on Twitter a few weeks ago, it shouldn’t really be about promotion and relegation. Obviously either of these sides will be delighted to win this game, and play at a higher level next season, but then, that will most likely be just a stay of execution. What’s really needed by the GAA is a concerted push to ensure that the likes of Laois, Westmeath, Kerry et al, are capable of playing at a higher level on a consistent basis. That calls for investment. That calls for promotion of the game. And considering the GAA have failed miserably in promoting this game, the final in said tournament, you’d wonder if they are capable of making the right decision on that.

All the same, it’s not Laois or Westmeath’s job to worry about the future, when next Sunday is all that matters. On the basis of that recent meeting, Laois were probably a little unlucky not to emerge victorious, considering Colin Lynch and Tommy Doyle made 3 vital saves in the first half. They can also point to the fact that they didn’t really have to win the game, Westmeath’s need was greater. So as with almost all the other fixtures this week, calling this one is an onerous task. Considering their league status, their place at the top of the Joe McDonagh cup table and, at a stretch, Eddie Brennan’s experience of winning in Croke Park, we’ll give a hesitant nod to the O’Moore Men. It should be a cracker though. Just a pity so few will be there to witness it.